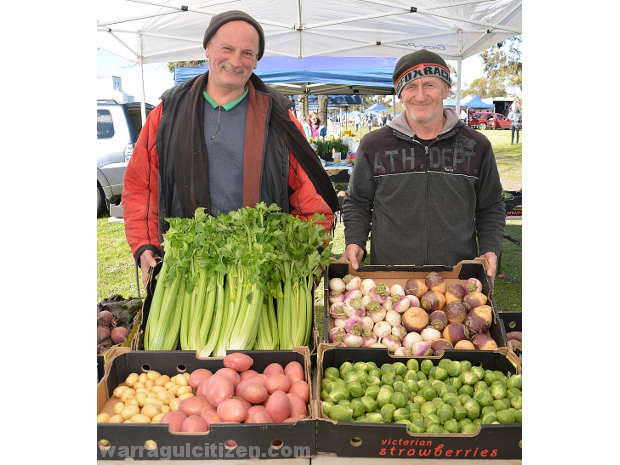 So Frank, what will be in season at next month’s market?

The next lot of new produce will be avocados, mandarins, veggies are still going strong, Queensland has been cold so produce coming out of Queensland is slow. That includes bananas and pineapples, but even some of your green beans – there are no beans grown down here at the moment, they start sewing late September when the ground warms up.

A majority of above ground veggies at the moment are not local. Cauliflowers and broccoli are local, they’re year-round.

Has the cold winter had an affect on what you stock?

Yes. The cold hit in early, and that’s the thing that has slowed the growing season down here. It’s a bit longer. A majority is Queensland at this time of year.