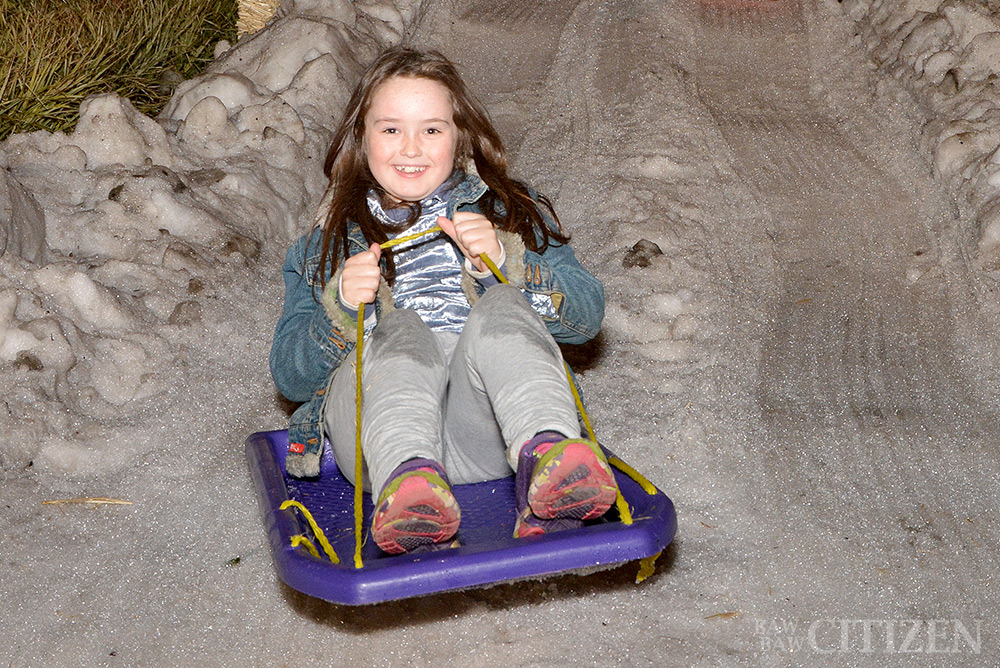 Organisers of this year’s SnowFest Warragul event estimate up to 10,000 people might have attended the event.

First published in the 2 August 2018 edition of the Baw Baw Citizen. Get your copy FREE from retailers across Baw Baw! 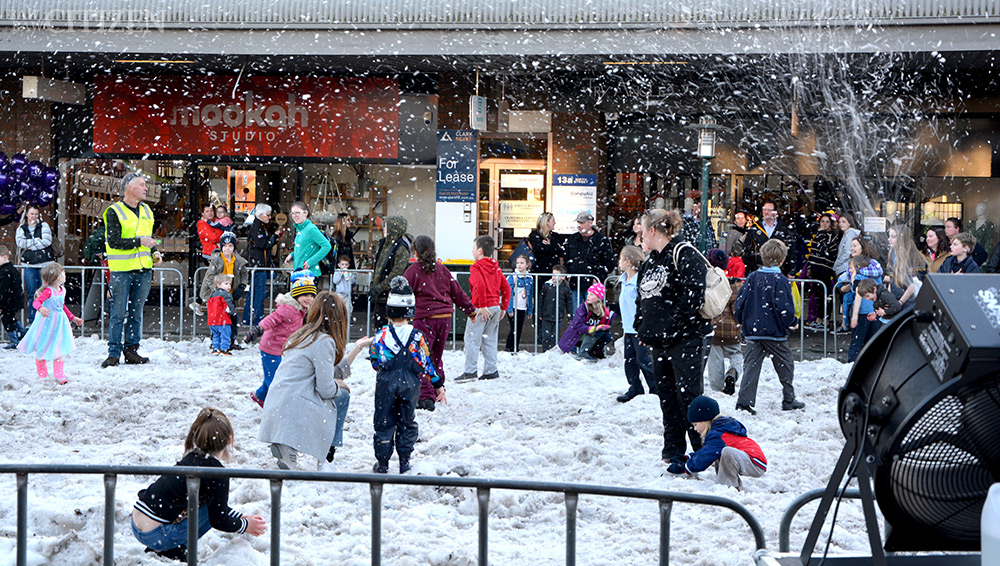 Last week’s event was the third SnowFest to be run by the Warragul Business Group, and featured food and activities including snow trucked in from Mount Baw Baw for kids to play with, a toboggan run, fireworks, a fundraising dunk tank, and much more.

“We had people coming from Melbourne, we had people making inquiries coming from well past Sale, we [even] had some people who said on Facebook they had come from Bairnsdale,” group executive officer Sue Keirnan told the Baw Baw Citizen on Wednesday. 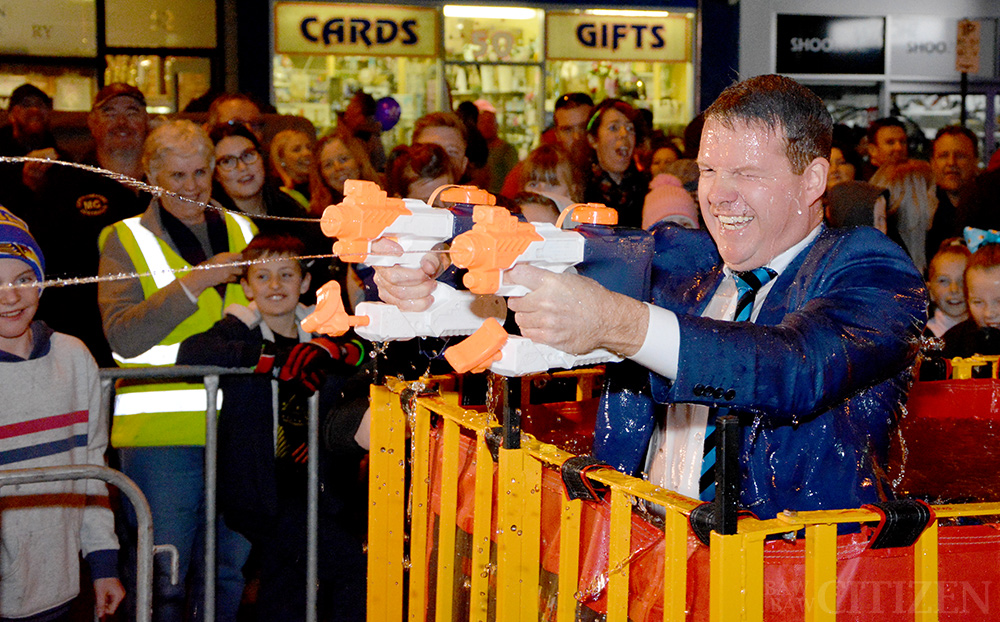 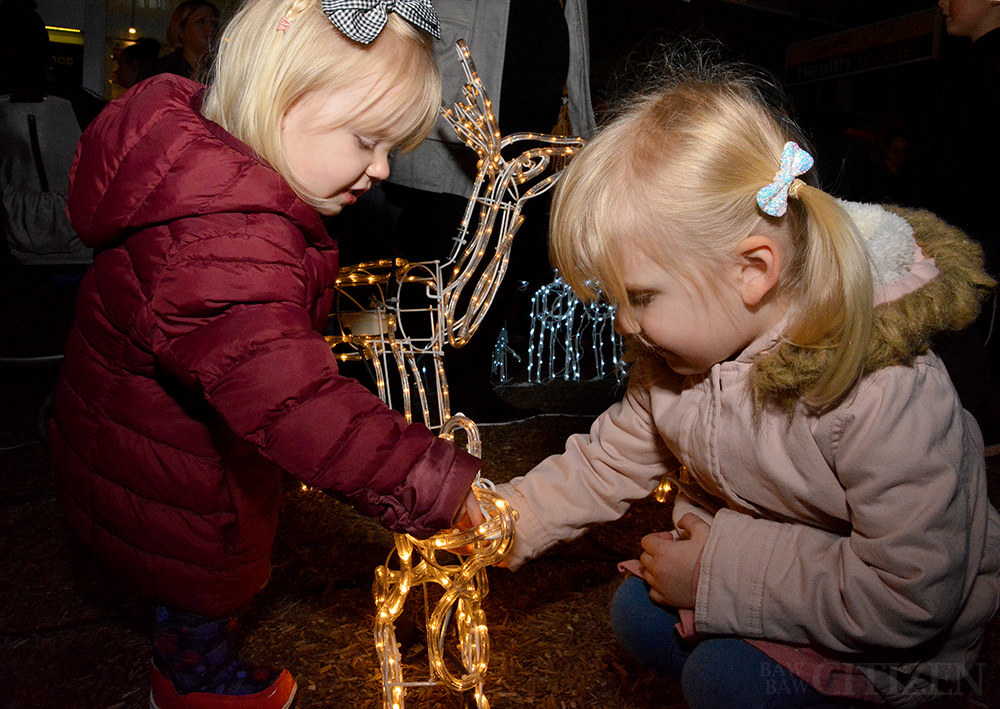 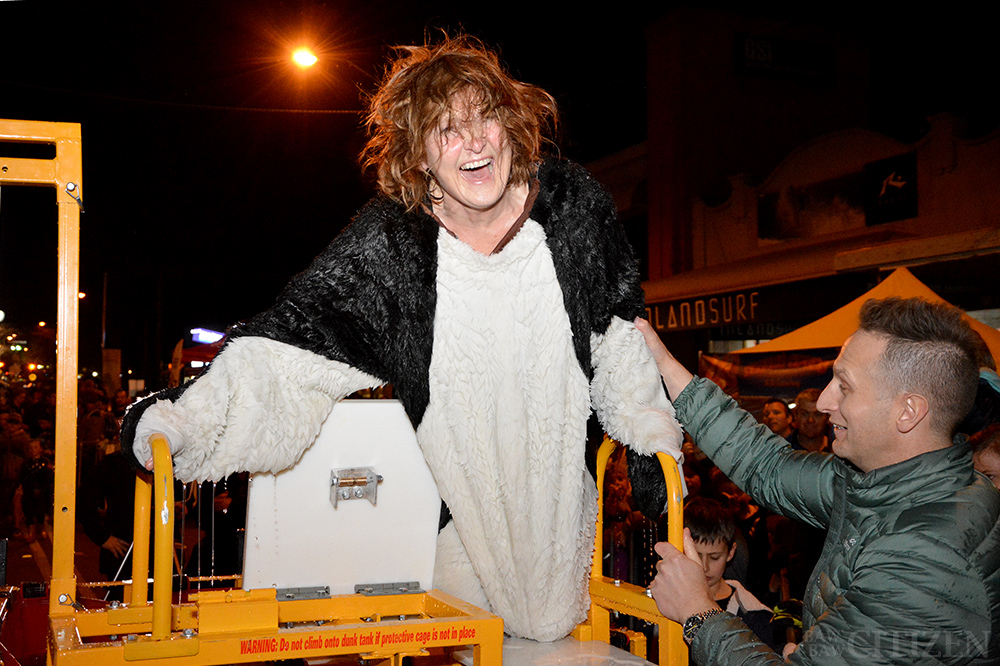 Shhh, nobody tell Batman Space Flooring’s Jill McClen was really The Penguin all along!

While a large part of the event is just about free fun and getting people into Warragul, there were serious efforts to raise money to support people living with motor neuron disease. 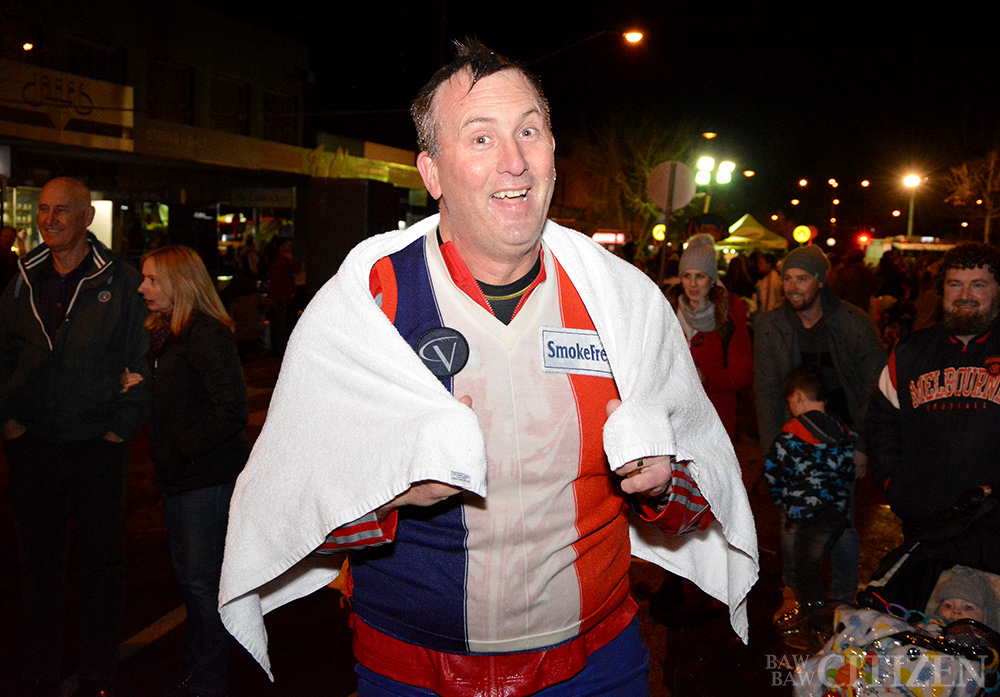 George Morgan rugs up after being dunked.

“There are about 22 people in Gippsland suffering from motor neuron disease, and what we thought about was rather than trying to just support an individual, it would be better if we could look at a way of raising money to invest into a support worker who can support those people in Gippsland.

“We’re working with Motor Neuron Disease Victoria, and we spoke to a couple of people who have been involved in supporting local people affected by the disease and we had a long chat with them and asked what’s the best way of doing this. 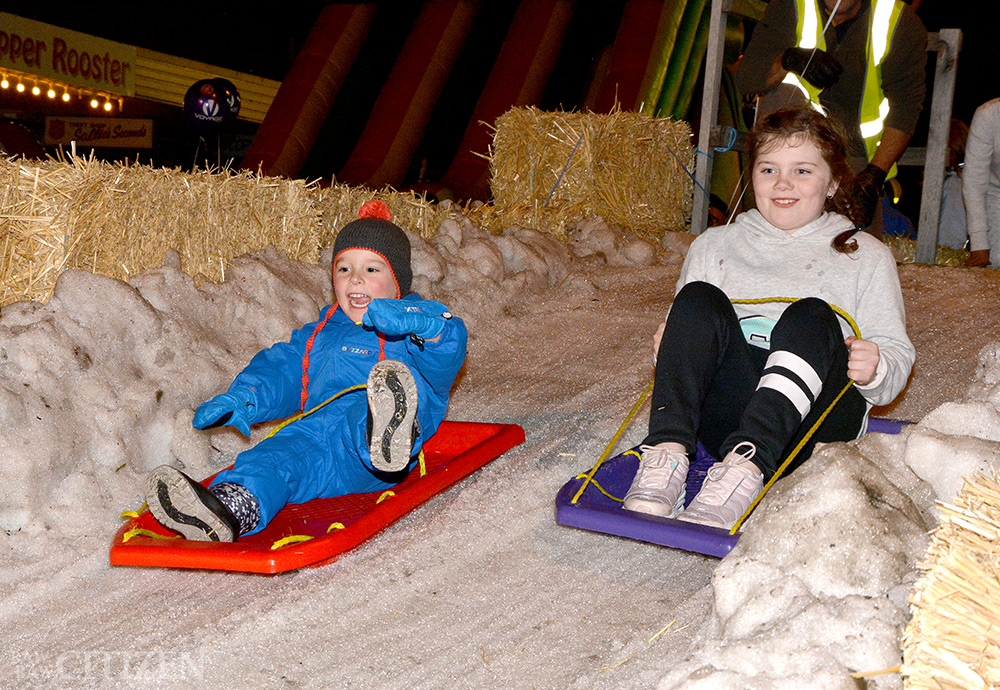 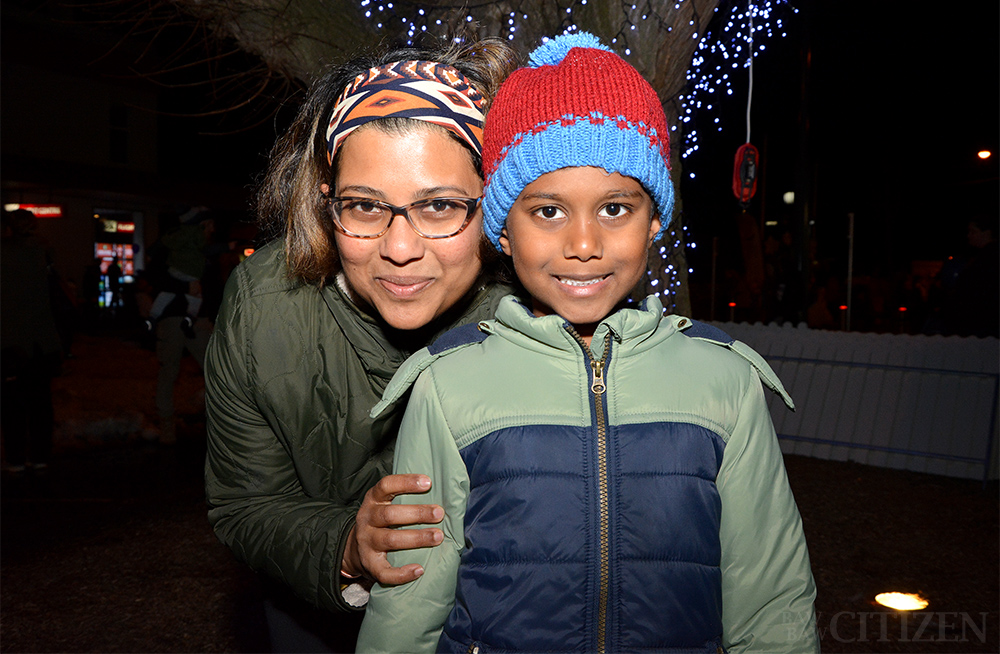 “Money raised will be used to help pay for a support worker in Gippsland.

“We’re actually still counting the dollars, but we’ve raised over $1,000 that we know of. We had a really good donation through Brandy Creek Winery, who put in $520 they managed to raise through their food stall that night. We haven’t got the final figure in but we know we’re well past the $1,000 mark.”

With the level of growth SnowFest has enjoyed over the past few years, organisers are now trying to find ways to extend the event. 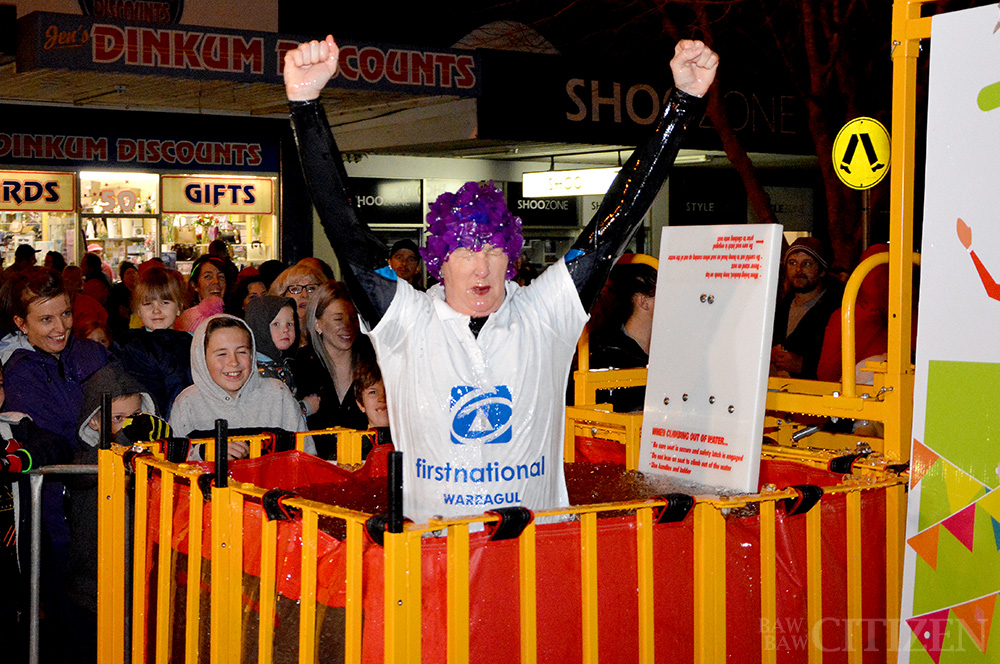 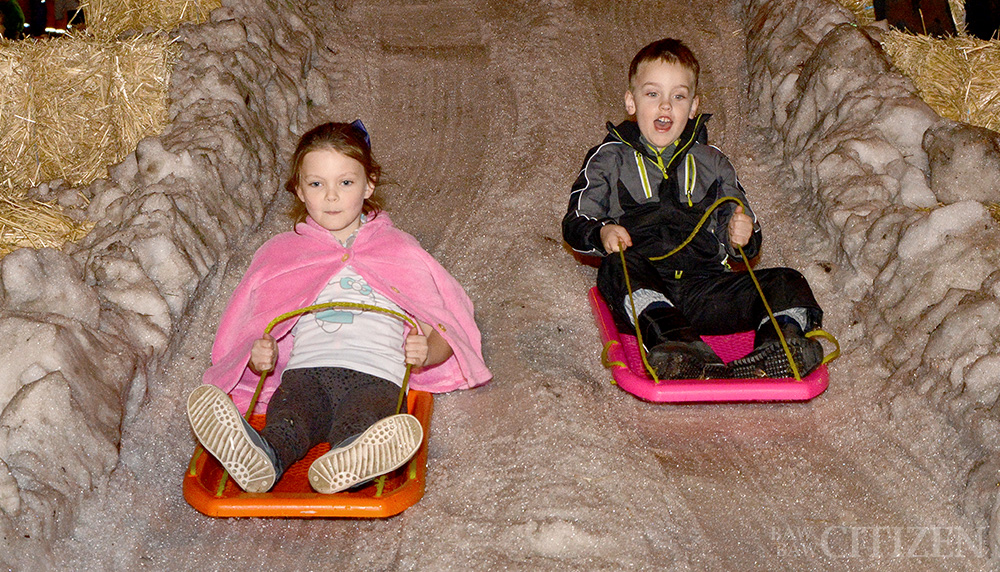 “We really want to build on this so it becomes an annual destination event for our region. It’s a huge drawcard which brings lots and lots of people together, not only to make it all happen but also come to the event.

“I think the nicest thing would be to have a kid grow up and in later life say ‘hey, do you remember those crazy people who brought the snow into the middle of town and we had fun in the middle of Warragul playing in snow?’

“At the end of the day we’d like to extend it and make it last a bit longer. So we’re looking at ways we can do that, to spread the event out. It may actually run over a couple of days, we don’t know yet, that’s something we’ve got to think about and talk about now and how we get it to last a little bit longer.” 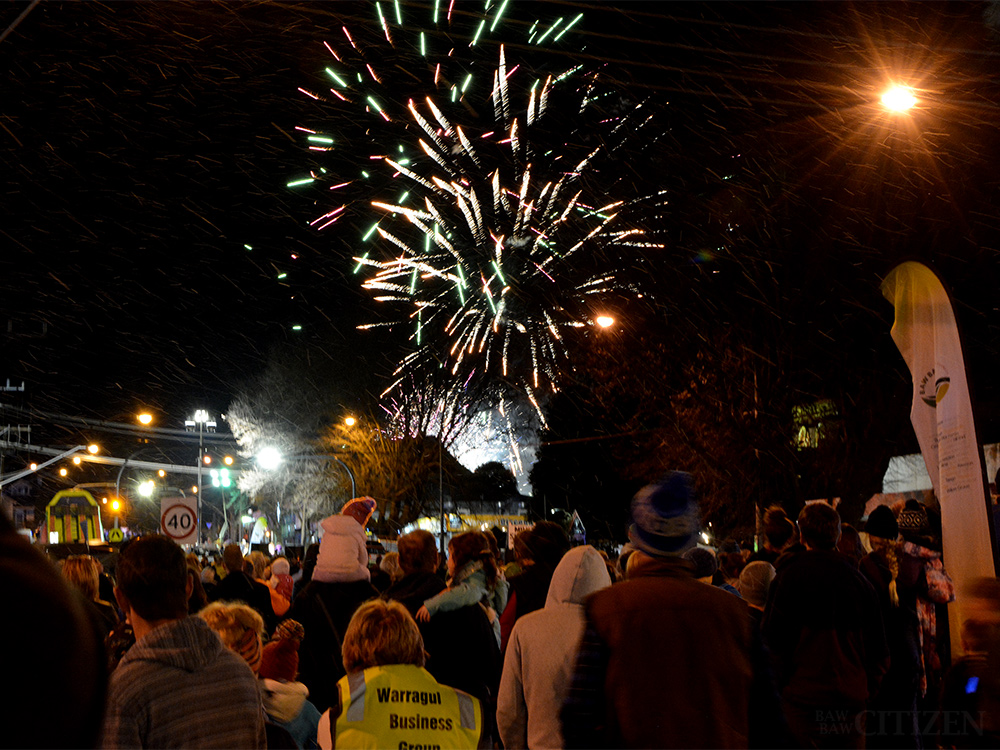 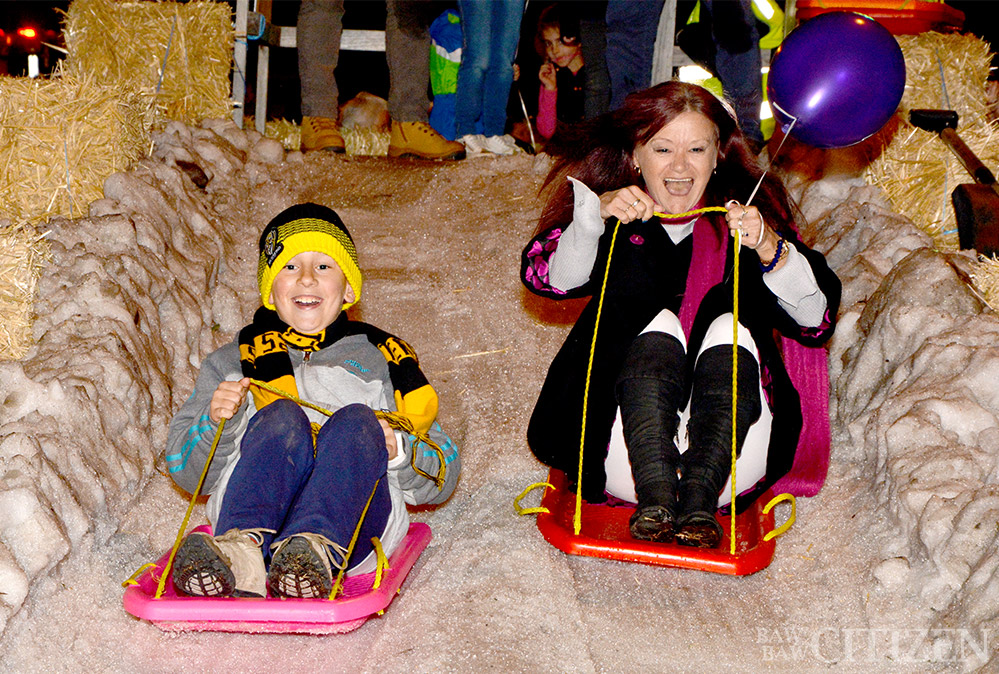 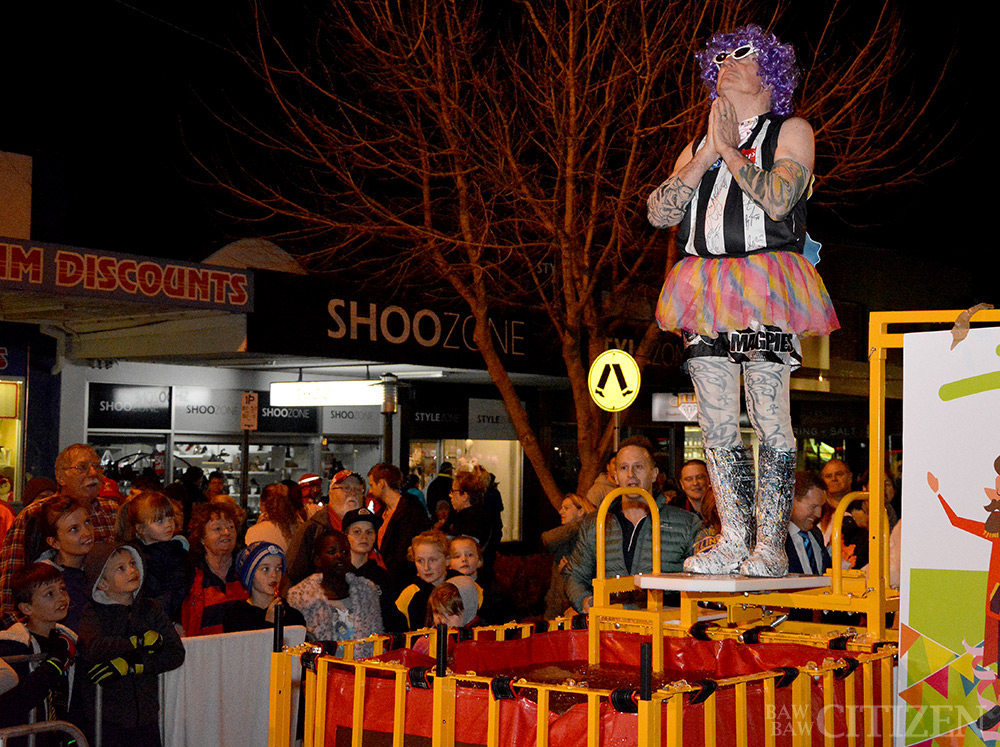 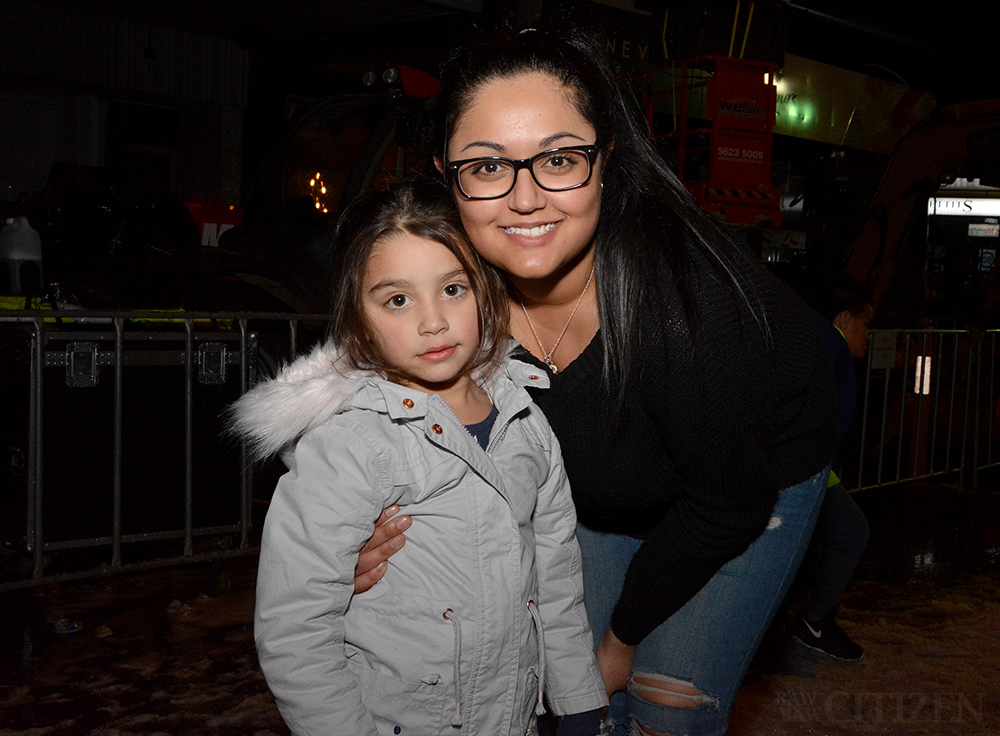 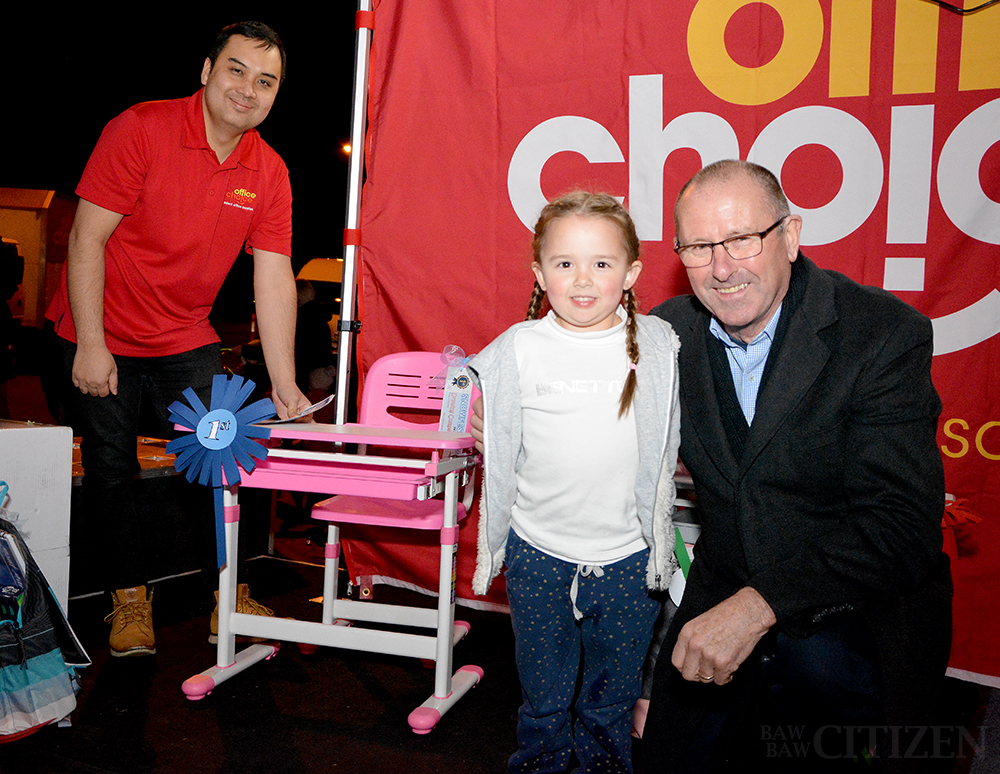 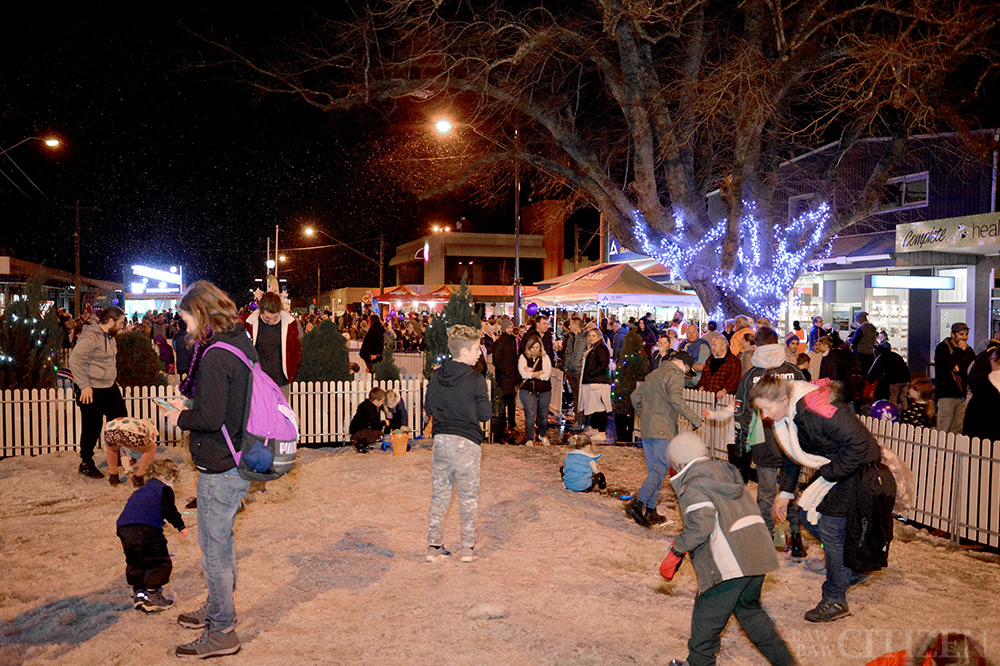 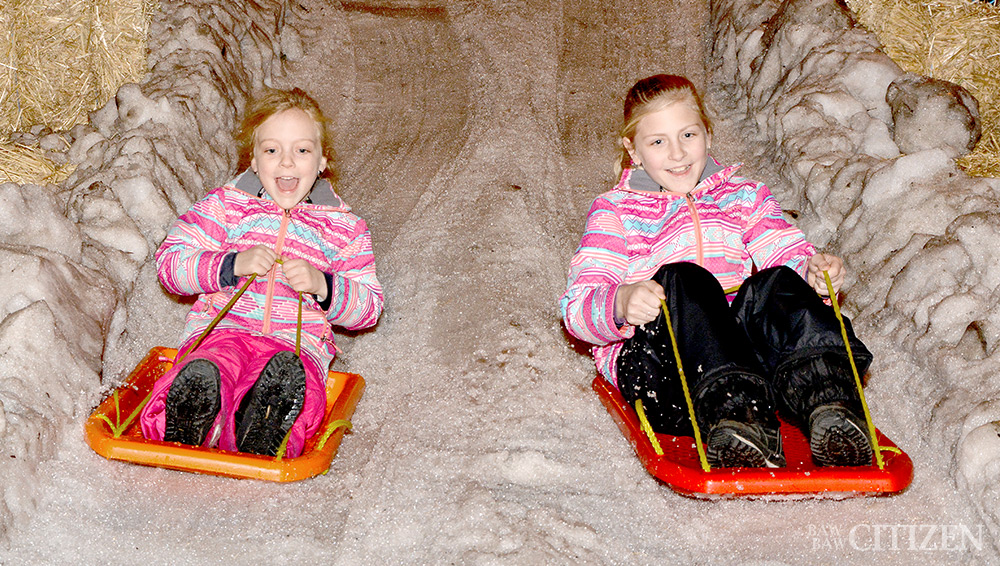 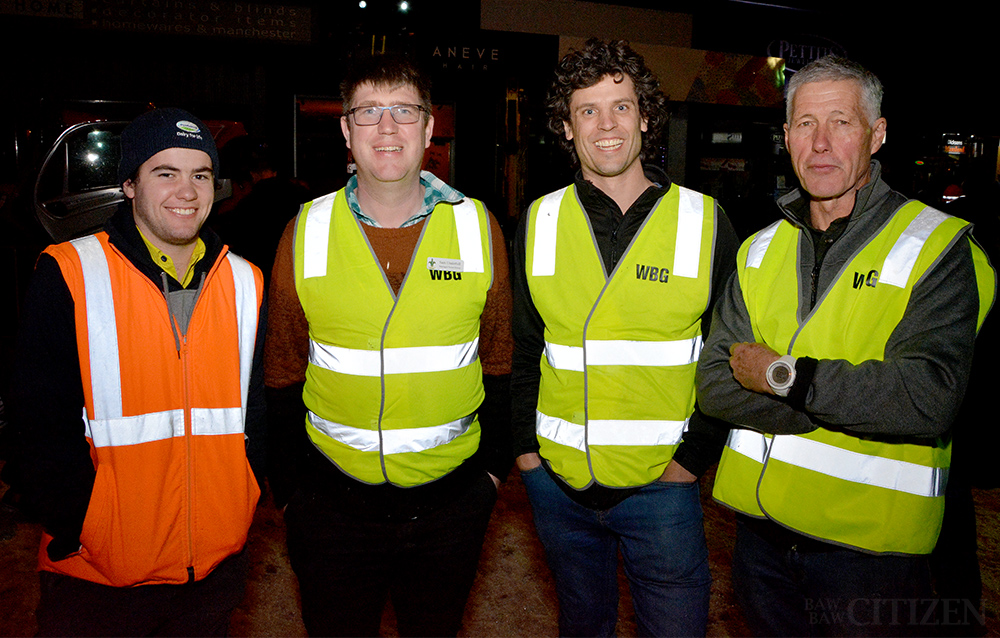