AS A former councillor with seven years experience on Baw Baw Shire I understand the pressures on the organisation to reduce costs while maintaining services. I also know that the most unimaginative and possibly the most damaging way for the organisation to do this is to dismiss staff. While not denying the right of the CEO to hire and fire employees, to do it under the guise of a ‘restructure’ certainly does seem to be a disturbing way to go for several reasons.

First published in the 27 February edition of the Warragul & Baw Baw Citizen. Get your copy today from retailers across Baw Baw.

Firstly, an educated assumption can be drawn that a condition of CEO Helen Anstis’ reappointment, as set by councillors, was that she needed to cut employee numbers. This theme has been openly pushed by several councillors in the current term. As both the CEO and councillors should know, it is contrary to the Local Government Act for councillors to become involved in operational issues below that of hiring the CEO. If there has been any deal about staff reductions, a breach of the Act has certainly occurred.

Secondly, the cost of terminating people through redundancy will be highly onerous on our community both with a drop in services and the sums of money needed for payouts. It is perplexing that these staff could not have their experience and skills utilised in other areas within the restructure of the organisation without terminating them. This merely demonstrates a lack of competence and strategic mindset within the organisation’s executive and their ability to manage the skills of staff.

Finally, most disappointing for me is the calibre of the people that have been targeted; the local knowledge that will be lost to the organisation is immense. Most of these staff are Baw Baw Shire residents who have an intimate knowledge of our community structure and networks.

Council’s fundamental role is to provide and manage services for the community that it represents, also to improve the quality of life for those community members. Less staff means less services, and in a growing community that just doesn’t add up. 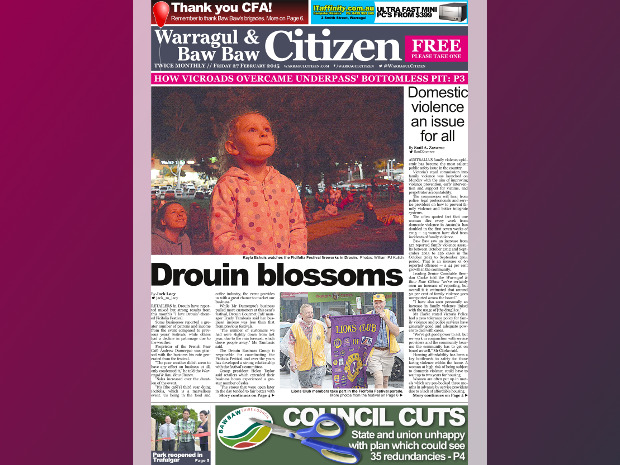 2 responses to “Cuts costly for our community”