Third party antivirus for Windows finally a thing of the past?
Baw Baw Sponsored Articles   By Free Press Advertising // 11:12, Thursday 24 May 2018
This is a sponsored article 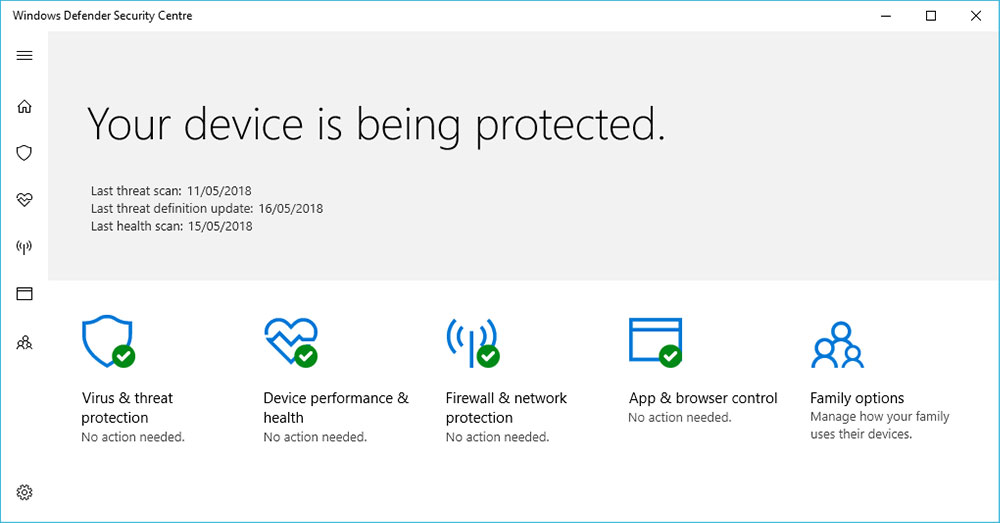 Microsoft’s Windows 10 will celebrate its third birthday in June, and as is typical of the company’s operating systems it has taken all of these three years to mature; especially when it comes to security.

This SPONSORED STORY was first published in the 17 May 2018 print edition of the Baw Baw Citizen.

Windows 10 has featured built-in antivirus from day one, but for a very long time it proved to be more than lacking. Third-party antivirus programs have remained a must-have for most people as a result.

However in the last few months there has been an unprecedented change, as Jon Cavell from Warragul Computer Repair explains:

“We have seen Windows 10 security breaches become more common on systems ‘protected’ by paid third-party antivirus than on those with just the free, built-in Windows Defender,” he said.

“Finally, Windows 10’s built-in antivirus just works! In fact the OS as a whole is now fully self-servicing and no longer benefits from end-user interference.

“After much deliberation, and while keeping with best practice, we have decided to stop selling third party antivirus almost entirely.

“Instead, we’re making the strongest recommendation that people run the latest version of Windows 10 and ensure the system stays updated and fully backed up.”

Editor’s note: when someone who makes money from a product tells you not to waste money on it, it’s best to listen up!

“We know updates can be frustrating for users with limited connections, but we have created a button to help with this.”

This doesn’t mean you can go ahead and wildly open that dodgy thing you were emailed or start clicking on flashing ads. What Windows 10’s security improvements mean is you now get the same, if not better results with the free antivirus built into the system.

Microsoft has made some other big security changes to Windows to help people avoid potentially unwanted programs (PUPs) and malware.

“A post-launch update introduced a setting which allows you to get warnings when attempting to install non-Microsoft Store apps. The service is presently opt-in and needs to be turned on; if you’re interested you can ask us how to get it going.”

What’s so special about store apps? They’re filtered by Microsoft to be easily added or removed and free of malware and viruses, just like apps on Apple’s App Store or Google Play. That means the chances of you installing an app you didn’t mean to or which does more than you bargained for are greatly reduced.

The store has seen great expansion over the years and now carries popular apps like iTunes, Microsoft Office, Skype, and loads of free games.

We’ll have more on Windows 10 store apps in a future article.

Your data, your responsibility: don’t neglect your backups

Security measures aside, backups are essential for all electronic data devices, including phones, tablets, Macs and PCs. Hardware failure, theft, and fraudsters are risk factors capable of wiping out all your family photos and financial records.

It’s a good thing Jon can help you with the options to keep your files safe.

“Nothing will substitute for a good backup and/or online sync solution – it’s like keeping a spare tyre in your boot,” he said.

“Just drop into 6 Smith Street, Warragul and ask us.

“We can provide the complete backup solution, with training, on the spot.

“The basic training continues to be free of charge for anyone buying a backup solution from us or whose computer is sold and serviced by us.”

If you buy an external hard drive from Warragul Computer Repair in the next 30 days, your first backup will be done for you in-store, free of charge! (Just make sure you bring your computer in!)