Why your phone is faster than your PC
Baw Baw Sponsored Articles   By FPRESS.com.au // 02:47, Wednesday 13 July 2016
This is a sponsored article 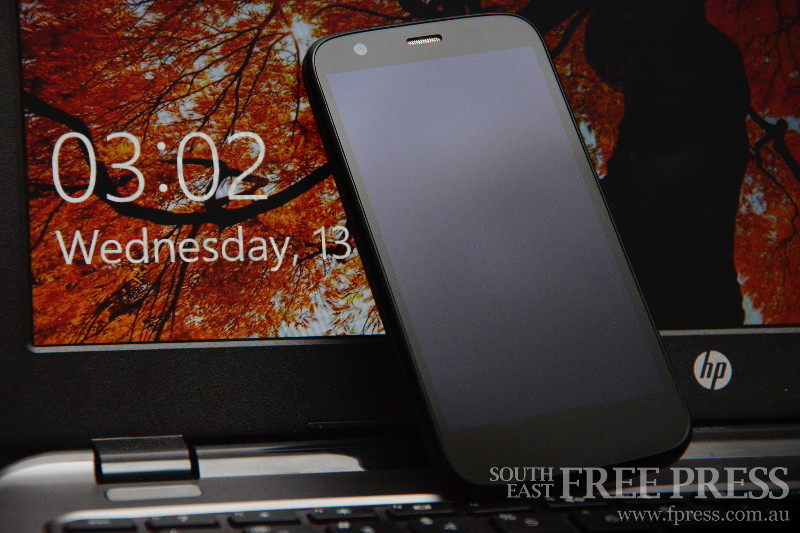 TECH // WE LIVE in an age of amazing technology. Our smartphones seem capable of doing almost anything quickly and easily, tablets have made the internet portable, and even our watches now run apps. But despite all this change, one key household device has stayed slow: the humble PC.

Why is it your tiny mobile phone can load a word processing app much faster than the tower at your desk or your laptop? It turns out there is only one component holding it back, and the fix has recently become affordable.

One of the state’s leading proponents of a revolutionary new component – the Solid State Drive (SSD) – is Jon Cavell of Warragul Computer Repair. He told the Baw Baw Advertiser why our phones seem faster.

“Put simply, smartphones have a different architecture to what we accept in mainstream computers,” he said.

“In the efforts to make smartphones portable, they were released not with a record player-like storage system for holding all of your data (that’s your old Hard Disk Drive), but a modern, very fast storage system (an SSD).

An SSD is, effectively, a very high capacity, very fast flash drive. Data stored anywhere on an SSD can be accessed on demand, which is a huge difference to HDDs, which have to physically move discs and reading arms to find a file. It is like trying to change songs on a record several times per second. For many people, their computer’s slow speeds are due to that old record player.

Replacing it with an SSD can make your old PC perform at least two to three times quicker than when it was new.

“The problem in the past was SSDs were exceptionally expensive, and only accessible for the wealthy. It’s only in recent years, and even months, that the price of this media dropped drastically,” Jon said.“It is now often more cost-effective to use an SSD to upgrade a PC than it is to look for a system with a faster GPU or RAM as used to be the case.
“SSDs are proving more reliable than HDDs, too. Out of the hundreds I have sold, not one has failed. It’s incredible.”

While an SSD can add years to the useful life of an old PC or laptop, some still need a new computer. Jon has advice on what to look out for, and the key, especially when choosing laptops, is “bigger is not always better.”

“It’s important to understand that paying more in the graphics and RAM department doesn’t always get you something better or more reliable for your purposes,” he said.

“When many stores sell things like laptops with extended graphics – usually indicated by an AMD or NVIDIA label – they are often promoted as being a better machine. But, from a repairer’s perspective, that’s not always so.

“What we find is there is typically more heat generated by the use of extended graphics, and heat can be especially damaging in a laptop. In short, only buy the features you will use and get a speed boost from an SSD.”

It is helpful to know where to look for your new PC or laptop too, as there may be some great deals going for exactly what you need.

“If you’re shopping on price, factory seconds are a good option,” Jon said.

“But if you can put aside a little more money, then you can choose a completely new system from the brand you like most.

As always, one of the best options is to ask your local computer specialist. Jon is Baw Baw’s leading PC repairer and can be found at 2 Smith Street, Warragul, opposite the taxi rank. He can be also be called on 0499 999 869.