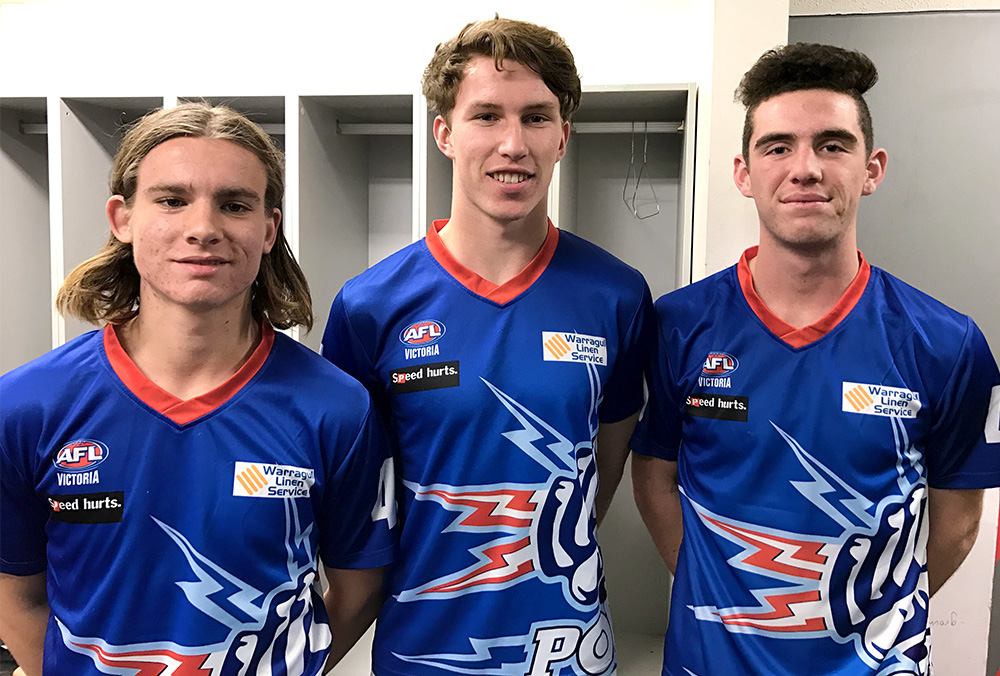 Gippsland Power scored a two-point win in the team’s Round 14 match against the Dandenong Stingrays to stay in the 2017 TAC Cup top eight.

Speaking after last weekend’s game, Power coach Leigh Brown said it was a “really good win” for the club.

“Fantastic to be on the right side of a close game for once; I think we’ve had three three point losses and a one point loss,” Mr Brown said in a media release.

“Overall it was a great team effort, and it shows in those tight games.

“We had tough conditions. In strong wind we need a 23-man performance and unfortunately we lost Matt McGannon early but we covered him.”

This story also appeared in today’s Baw Baw In 90 Seconds. Watch the full video below.

This story also appeared in the latest Baw Baw In 90 Seconds! Watch the full bulletin below:

Power holds off Stingrays in Round 14 clash