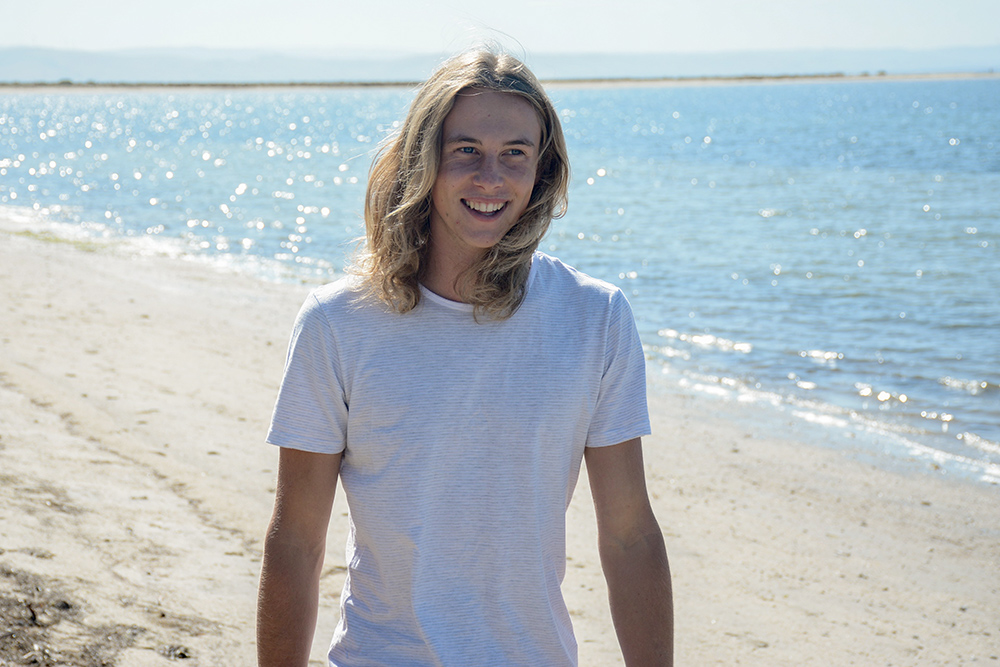 Raymond Island’s Matthew Bentley is returning to Baw Baw this weekend for three gigs as part of his Wake Up tour.

The guitarist and singer has been developing a name for himself along parts of eastern Australia’s surf coast with his John Butler-inspired guitar work and vocals “heavily influenced by Matt Corby, Vance Joy, those kinds of musicians.”

Matthew is the kind of relaxed guy you expect to find at the beach. In fact, the pull of the coast has seen him work his tour destinations around where he and the mates he’ll be travelling with want to check out.

“Half of them are based off us wanting to visit certain towns we had heard about, or certain places we really want to see and then basically try to book a show in that town that would correspond with that trip,” he told the Baw Baw Citizen.

The gigs in Warragul and Drouin are a little out of the way, but he has found Gippsland warming to his New South Wales coast sound.

“It’s something a little bit different from some of the other sounds around here, so I think it’s coming along quite well,” he said.

“[A road trip through New South Wales] really opened my eyes to a lot of the music they have going on up there, which really inspired me to start playing more music.”

While performing a lot of covers of music he likes, Matthew is keen to play original music whenever possible. Anyone who has heard the flood of requests shouted at musicians at venues will know this isn’t easy.

“You can either play a longer set at a pub and make more money and play more songs, but they’re covers and not really the kind of music you want to be playing. Or you can do a shorter set of just say an hour, and it will just be your music but it will be a shorter amount of time to play.”

The Wake Up tour is based around Matthew’s song and EP of the same name. The meaning of the song’s lyrics might not be immediately obvious.

“The song itself was about having somewhere you can come back to that makes you feel good, and a lot of people sort of question me about the chorus, asking if I got it wrong saying ‘wake up in the ocean’?” Matthew said.

“That came from me being somewhere I didn’t want to be, and then coming back [home]. A group of friends and I went out in the boat really early in the morning in winter and I was basically half asleep.

“We all jumped in the water for some stupid reason at that early time, and it just basically woke me up and I felt so good after doing it. It was quite a feeling of waking up in the water.”

You can catch Matthew live at Drouin’s refurbished Royal Hotel from 7pm to 10pm Friday, the Warragul Farmers Market on Saturday from 8.30am to 1pm, and again on Saturday at Warragul’s Railway Hotel from 8.30pm to 12am.

If you’re interested in hearing Matthew’s music at home before heading out, you can find Wake Up and other tracks on Spotify, Apple Music, and iTunes.