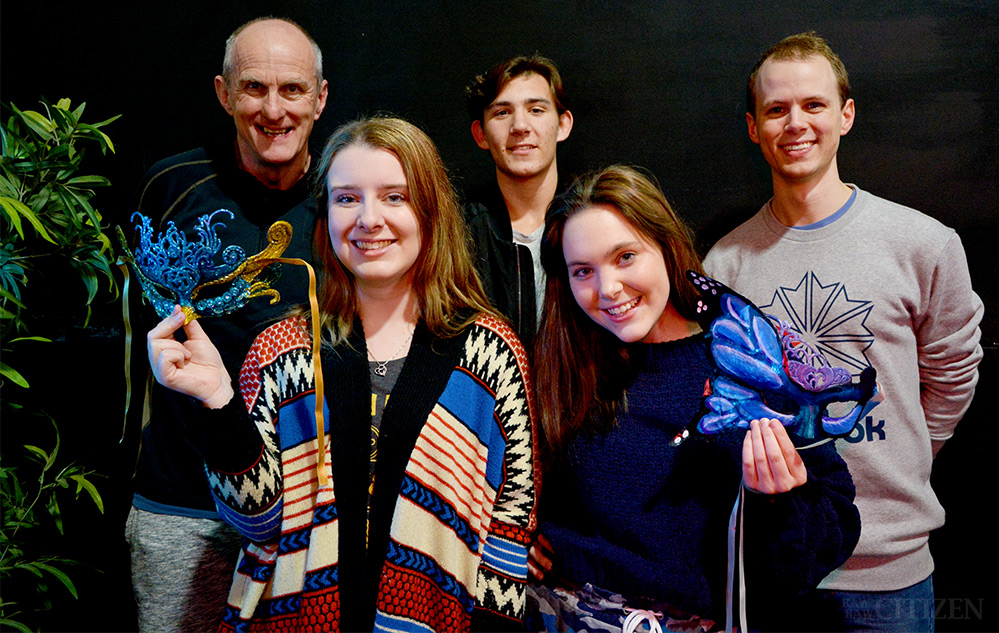 Shakespeare fans: you know The Scottish Play, but have you heard of The Spanish Play?

Please note: this article was first published in our 14 June 2018 print edition. The production has now concluded.

Warragul Theatre Company is putting its own twist on the comedy Much Ado About Nothing, and they’re pulling in local musicians to do it.

“Directing this play has been a lot of fun because it’s a funny play,” director Steve Wiegerink told the Baw Baw Citizen.

“It’s a play that has a bit of a cultural thing, we’ve added a bit of a Spanish flavour to what is essentially an Italian play, so that’s weird.

“We’re doing this because I’m kind of aware that there’s a Spanish musical presence in this area. I approached a number of musicians, and fortunately Peter and Hedy Kirkbride have agreed to be involved.

“They’ve added this kind of musical flavour to it. Why Spanish? Basically because of that reason. Because I knew there was an opportunity to bring in other local artists, musicians.”

This is one of the beauties of Shakespeare’s works. They’re so well known that audiences almost expect changes to be made to keep the format interesting.

“There are so many components to this,” Steve said.

“We’ve got the music, we’ve got the dance, there’s a lot of opportunity for the actors to play these larger-than-life characters.

“There’s a lot of twists and turns in the narrative and a lot of humour too. So coming to it as a director, there’s a lot to sink your teeth into.”

“I’ve had Rod Williams assisting me as a text advisor, and he’s been able to clarify anything that was stranger than usual.

“Of course, if the cast has had trouble understanding anything or has needed clarification, we’ve had Rod there.

“It has just been a really smooth process and a fun one and coming off the back of Measure for Measure last year, which we were really pleased with.

“We’ve got a lot of the cast back from that, as well as lot of new faces. It’s a talented cast, a funny show, and lots of great, engaging characters. It is going to be huge.”

Warragul Theatre Company is a community organisation with volunteer actors. One of the new faces Steve mentioned is Elise Clyde, who plays Margaret.

“This is my first production for a long time,” she said.

“I actually studied drama with Wiggy back in the early 2000s, and we just happened to bump into each other since [I] recently moved down here.

“He kept me in the loop that this is happening, and I thought ‘well, this is my passion. I can leave the kids at home with dad and come out and be me for a bit. It has been great and heaps of fun.

“It just feels like coming home. Being with a group of like minds, being with a group of people who also have a passion for performance, coming back and doing Shakespeare has been… I sort of feel I’ve thrown myself in the deep end a little bit because it’s not easy. But it has definitely fed my love of his language, and this play in particular is just so funny and his language just draws it out.”

Elise said she recommends anyone interested in getting into drama to “just dive in.”

The play has also been a creative outlet for high school student Dayna Tampaline, who plays Hero.

“I love it, it’s almost like a stress relief for me from school and stuff,” she said.

“It’s something to get my mind off work and home and school and stuff like that.

“I was in the last play in November called Song Contest (“like Eurovision”), and I think since then I’ve fallen in love with being in this company. It’s really cool.

“It’s like a step up. I used to be in Warragul Youth Theatre.”

Another return actor is Isabel Stephens, who plays Beatrice.

“This is my second show with Warragul Theatre Company; the first show I did was Measure for Measure last year,” she said.

“Being a part of the production has been really, really cool. I know a lot of the cast because of the previous Shakespeare we did, so it’s a heap of fun because we all already kind of had that bond when everyone came into it.

“It’s a challenge, but it’s really fun once you wrap your head around everything and all the wording. It’s rewarding, without meaning to sound cliche.

“If you’re into foul play and dirty humour, Much Ado About Nothing is the perfect show for you!”

Involvement in WTC has also helped Isabel with her secondary education university course.

“It makes me want to put myself out there more so I can stand in front of a classroom and talk.”

Much Ado About Nothing is on from Friday 15 June to Sunday 17 June. Head to wgac.com.au for details.