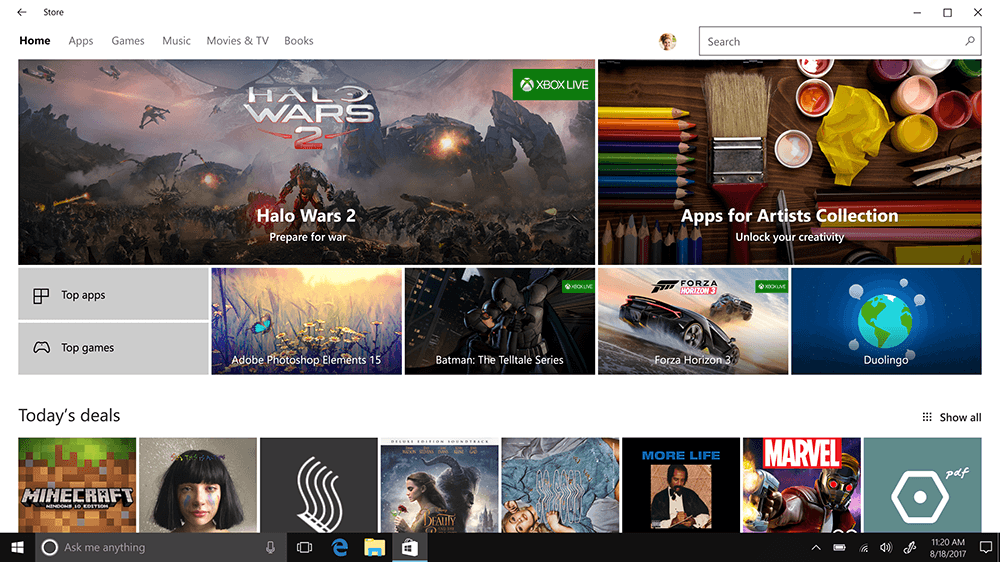 While Microsoft prepares for the release of the next feature update for Windows 10 later this year, it’s worth reflecting on what April’s “Creators Update” has brought to our computers.

According to Jon Cavell of Warragul Computer Repair, the update has proven to be one of the best yet. We sat down to chat about his experience.

“The Creators Update is a monumental milestone in Windows 10 and, finally, a snapshot of why we’ve gone through all this grief of Windows to get to a certain point,” Jon said.

“Foremost is the security side of things. There’s a lot of stuff there which one might argue they’ve just straight out pinched from Apple MacOS.

“As of the latest update, Windows now has that feature as an option. If you turn it on, you have more-or-less the same security, if not possibly better, than Mac.

How do people get the update on their computer?

“First you need to be on the Creators Update. That will naturally come through on each computer as long as you leave your computer connected to the internet. You can google ‘Creators Update’ and force it through if you want to. We also offer that forced upgrade as a service. So there are a number of different ways, but eventually it will just land on your computer.”

What else changed in the Creators Update?

“There are a lot of subtle things. Mac users would feel quite at home thanks to some of the changes in just the way it works; scrolling gestures within Windows pages, not just browsers, for example.

“It’s faster too – a lot faster. And there are less problems, and the reason for that is Microsoft is starting to turn off a lot of the old stuff there which was just there as an interim or emergency feature.”

Stability has improved overall, hasn’t it?

“The more stuff Microsoft turns off from the old system the better it gets. As always, I’d also recommend turning off Media Player and Internet Explorer. Those programs are redundant, will slow your machine down, and destablise it.

“There is a host of things you can safely do to Windows to trim it down, and we do offer a trimming service in-store which will speed Windows 10 up by around 20 per cent, even on an already fast computer.

People often want to do their own backups and move files off their computer to speed it up a little, and often the best solution for that is an external hard disk. You have some good prices on those at the moment, I believe?

“We’re now competing directly against online retailers for a substantial amount of products. We’re finding we’re actually undercutting what are traditionally cut-price retailers which are household names. We’re undercutting them anywhere between 8 and 30 per cent, and we don’t have to charge for shipping in store. And we are paying GST, whereas a lot of these cut price places are registered offshore to avoid tax.

“So by shopping locally not only are you supporting a local business, you’re also supporting your country and also getting great prices at the same time.

We keep hearing about ransomware on the news, where hackers lock down the files on someone’s computer and demand money for the key. How has the war on ransomware been going for you and your customers?

“Ransomware, for the bulk of our clients, is non-existent. Most of our clients use a product called QuickHeal, which has been effectively and consistently blocking ransomware. It can do this because it uses the generic definition of how ransomware works, rather than looking at specific ransomware which have already been and gone.

“Nothing replaces the security of regular backups, but it has been a long time since we’ve had to deal with it from one of our existing customers. Certainly people who are using outdated or inadequate antivirus software are still at risk.

“We can install QuickHeal for people in store at a great price.”

You post updates about scams doing the rounds on your website, warragulcomputerrepair.com.au. What can people do to protect themselves?

“People might recently have heard of Australians losing over $40,000 to just one type of scam this year alone. This particular scam is an epidemic at the moment, we need to talk about it as the community needs to be well aware this is not just something which happened in Melbourne or New York or England; this is something which is happening every single week in Gippsland.

“To help out, I’ve just posted another useful fact sheet to our news blog. It’s available free and shows how you can avoid being scammed, along with a positive story from a local community member who acted swiftly and was lucky enough to get their money back after the scam!
“Stay tuned also for an easy tutorial on how you can turn on the new Microsoft security feature we discussed earlier.”

Be sure to check out Jon’s regular IT news and alerts at warragulcomputerrepair.com.au, or drop in to 6 Smith St Warragul.

This article was first published in the 4 August 2017 edition of the Baw Baw Citizen and Casey & Cardinia Free Press newspapers.

One response to “Windows 10 comes of age”