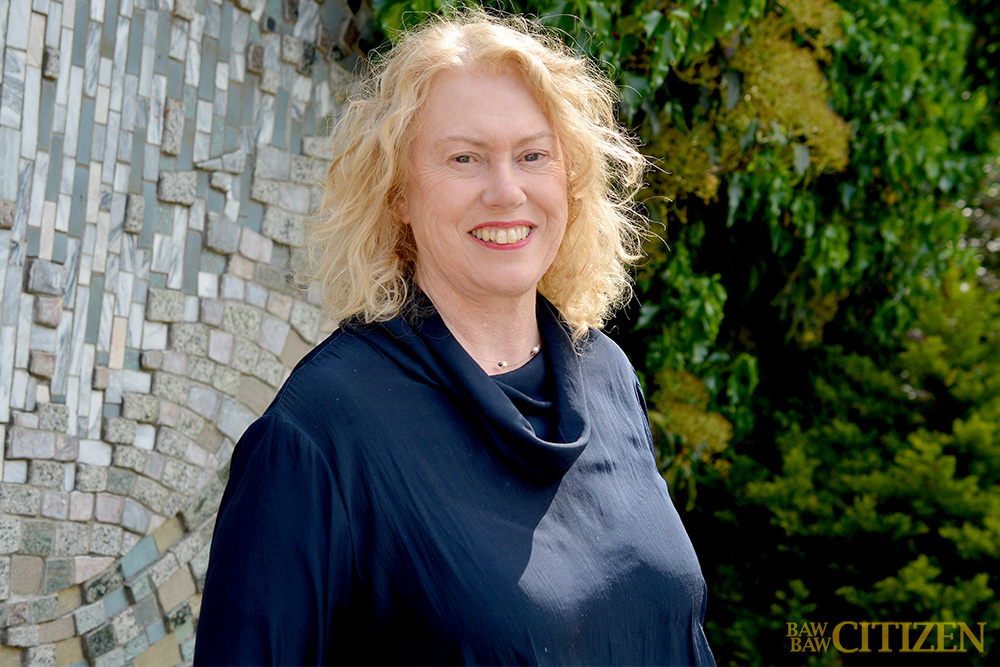 Christine Maxfield has been chosen as Labor’s candidate for the local state seat of Narracan.

Ms Maxfield’s name will be familiar to many readers – she stood as Labor’s candidate for the federal seat of McMillan against Russell Broadbent in 2007 and 2010, attracting swings to her of 0.2 and 0.38 per cent respectively.

Having set herself the goal of making Narracan marginal again, Ms Maxfield says she is now seeking a swing of 11.29 per cent against incumbent Liberal MP Gary Blackwood.

Ms Maxfield said her selection barely a month before the election was “not unusual,” and she still had plenty of time to reach voters.

“It’s only really now I’ve noticed on the radio and television that people are starting to realise there’s an election on 24 November,” she said.

“Most people didn’t know there was an election coming up. So I think now’s the time to stand up and offer people a choice.”

Asked what she would do to encourage voters to back her goal of making Narracan marginal, Ms Maxfield said she would be highlighting the achievements of the incumbent Andrews Labor government.

“Travelling to Melbourne on a regular basis, I know the works that have been going on with level crossing removal [and] works on railway stations along the lines have made a difference.

“It will continue, and we want to keep a Labor state government in the state parliament.”

We’ve broken the rest of the interview into a Q&A format to make finding individual issues easier.

Baw Baw Citizen: The Liberal party has put a surprising number of promises to the region. They’ve got promises covering the West Gippsland Hospital moving to a brand new site, they’ve promised to upgrade the Drouin Police Station, a super-fast train, and $3 million for undefined upgrades to Neerim South Secondary College too – has the government given you any sweeteners yet to offer voters?

Christine Maxfield: The promises that have been made by Matthew Guy and his government (sic – Matthew Guy is opposition leader) are probably not worth the paper they’re written on. The questions need to be asked: what are the costings, what are the details? It’s easy to make a promise, but it’s more difficult to make a commitment that actually delivers. I don’t believe any of the promises, whether it be made for a new hospital, an upgrade for Neerim South’s high school, or a police station in Drouin; where are the costings? Where are the details? I don’t believe those promises will ever come out.

BBC: On that point, I remember Labor’s then-shadow health minister coming down last election to promise funding for planning the future of the West Gippsland Hospital. It seems Labor has basically the same message again this election – what’s changed?

CM: The commitment is still there to improve the healthcare in our community, whether it be assisting the hospital, which they’ve already done by helping with the new theatre, the new emergency area, looking at allied health in the area. These improvements are actually there, they’re commitments that have actually occurred and will be ongoing.

As far as making promises as the Liberals have made, the Labor government, and certainly my role in advocating for this community, is to improve the healthcare in our community. Whether it be in hospitals, allied health, mental health services, the important thing is that healthcare affects every single person who lives in Narracan and healthcare in our community should be supported. How we go about that, that’s something I’m hoping to listen to as many people in Narracan as possible about. I’ve been getting lots of different ideas, particularly in relation to the hospital, but I can promise I will advocate for all Narracan people to improve our healthcare, whether it be the hospital, the acute area, or the community health area.

BBC: The Where’s the Funding hospital lobby group has really made the hospital a central issue for this campaign. On Tuesday the group published an unfavourable commentary on your candidacy on its Facebook page, citing an article from the Warragul & Drouin Gazette which stated you weren’t going to lobby for a new hospital. Was that report accurate?

CM: No, it wasn’t accurate. There may be a breakdown in communication. I am committed to improving and advocating for the Narracan community as far as our healthcare’s concerned. I know it’s a very important issue and people are passionate about it. I know it’s a wonderful service and I personally have a lot of friends who work at the hospital, however healthcare in our community cuts across a lot of other areas, and people are passionate about it whether it be mental health, infant welfare services, aged care, home help, and disability. I know it’s a passion for our community and I will certainly support it, and as far as I’m concerned it’s probably the number one issue in our Narracan community.

I’m always concerned with any commitments or promises made by the Liberal government in relation to West Gippsland Hospital. The amount that has been promised would not actually cover a full new hospital, so it’s not so much “where’s the funding,” but “where’s the rest of the money coming from?” Recently we’ve almost finished a large hospital rebuild in Bendigo, it’s almost double the amount that the Liberal government (sic – the Liberal/National coalition is presently in opposition) has promised the West Gippsland Hospital. I’m concerned; is the Liberal party suggesting we not have an emergency department or we not have an intensive care unit? Are they suggesting we only have an emergency, we don’t have a children’s ward? I’d like to see the detailed costings of what their commitment actually means.

BBC: Now to public transport, do you feel having Skyrail go up with only two tracks was a missed opportunity for the government to finally give Gippsland its dedicated rail line?

CM: Having SkyRail has certainly improved our run into Melbourne. Unfortunately a lot of the things that have been put in place now are really playing catch-up on decisions made under a Liberal government many years ago. It’s very difficult to look at how we can work at trying to put that third line in. A lot of those decisions should have been made many years ago under a Liberal government, they weren’t.

BBC: We’ve seen what Labor has delivered over the last four years and we’ve had some huge changes, like SkyRail. What’s coming up in the next four years?

CM: One of the things I would like to talk about is the Liberals have promised a fast train between Traralgon and Melbourne, and my concern would be the only way that would be possible would be if they don’t stop at Moe, Warragul, and Drouin. I’d like to let Warragul and Drouin people know that the Liberal promise of a very fast train from Traralgon to Melbourne will basically take [some] trains off, and opportunities for them to catch the train from Drouin or Warragul.

CM: At that stage it was, but they realised a lot of the services were required for the large amount of people who had moved to live in Drouin and Warragul. When they implemented that new very fast train, it almost doubled in patronage. It was overwhelming for everybody, they didn’t realise people would make a choice to use public transport rather than drive to Melbourne.

CM: Because I’m a former teacher, I’m very interested in the fact a lot of our local people are leaving education, particularly in regards to the TAFE system. The Andrews government commitment to TAFE, particularly free TAFE, will change people’s lives. The fact young people can leave school and go into further study will give them the chance to stretch their wings, try to see what they’re interested in, and give them an opportunity to have that skill set built up before they actually go into work. The TAFE courses that have been put forward are real-life ones; they’re to do with youth work, aged care, and hospitality.

They’re not Mickey Mouse courses, they’re real courses, and I know, having seen young people who may have been disenchanted at secondary school, try a TAFE course and completely change their outlook. It gives them a reason to go forward, which I think is very important for our young people. We want to keep our young people in this area.

BBC: Judging by the media releases I’ve seen, most of the free TAFE courses seem to be based in the Latrobe Valley. Is there anything happening locally?

CM: I’m not aware of any that are happening locally, but certainly I will be advocating that we have something locally. We’ve had brilliant services in the past with the TAFE here in Warragul.

BBC: How have people reacted to your candidacy?

CM: Yesterday I was shopping and was really pleased a lot of people came up to me and congratulated me and gave me their support. These aren’t party people, these are people I know through a lot of the associations I work and volunteer with. The support’s certainly out there. There are a lot of new people who have moved to Drouin and Warragul who may not know me, but I think part of the reason I wanted to run is to give the locals a choice; that there is a Labor candidate, and just because I need a 12.2 per cent swing, if we can make Narracan a marginal seat I think it’s a win-win for everybody. It will actually make our area the centre of the map.

BBC: Are you aware of any funding announcements coming up for the region?

CM: Any funding arrangements that come up over the next four weeks I’ll be making sure the Baw Baw Citizen is aware of them as soon as they come through.

Promises are great, but to actually see things on the ground carries a lot more weight. I think the elector is a lot more cynical, and as much as people promise things, if you can deliver something and show you have delivered then I think that has more impact. I think people remember that.