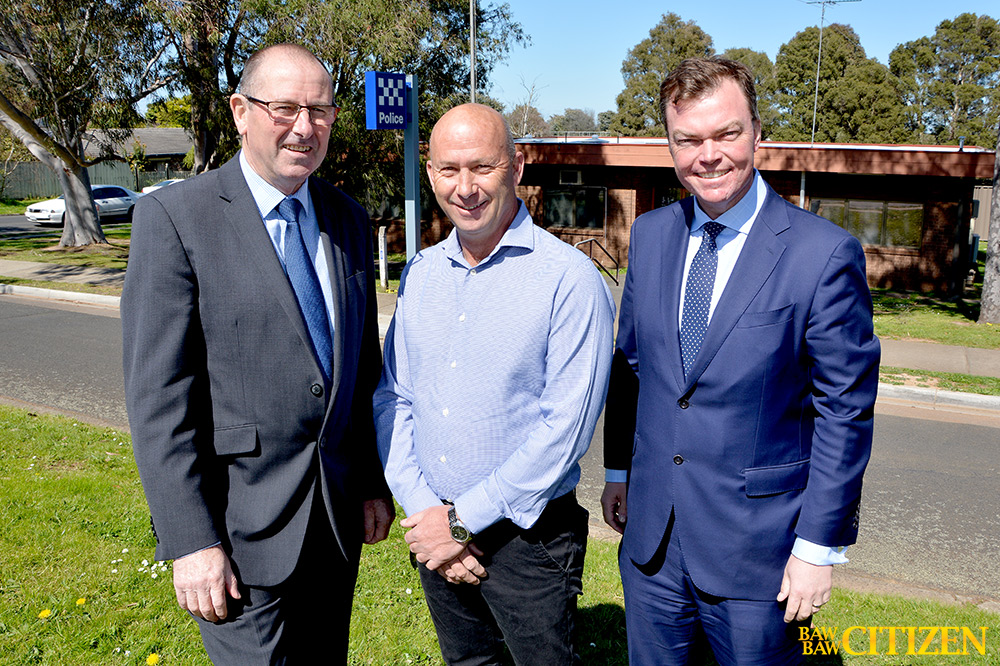 The state opposition has pledged to rebuild the Drouin Police Station if it wins this year’s election, but the government says Victoria Police hasn’t asked for it.

“The Drouin Police Station, built in 1970, has long since passed its use buy date,” Mr O’Donohue told media.

“It’s time to give the hard-working local police a contemporary, modern police station, and that’s exactly what we’ll do.

“This police station will be built with a capacity to extend its hours, and if needs be go to 24 hours a day in the future.”

Asked by the Baw Baw Citizen if he had discussed the funding with police, Mr O’Donohue said “absolutely.”

“Through Gary, local police have been consulted over a significant period of time, and I’ve had discussions with force command [and] with the Police Association,” he said.

“You just have to look at the building to realise it’s past its use-by date, needs to be replaced, and a Matthew Guy government will do exactly that.”

(Labor has chosen a candidate since this was first published on 27 September) a spokesperson for Eastern Victoria Labor MP Harriet Shing said police were yet to approach the Andrews government about the Drouin station.

“Warragul Police Station has recently been upgraded, which services the Drouin community.” 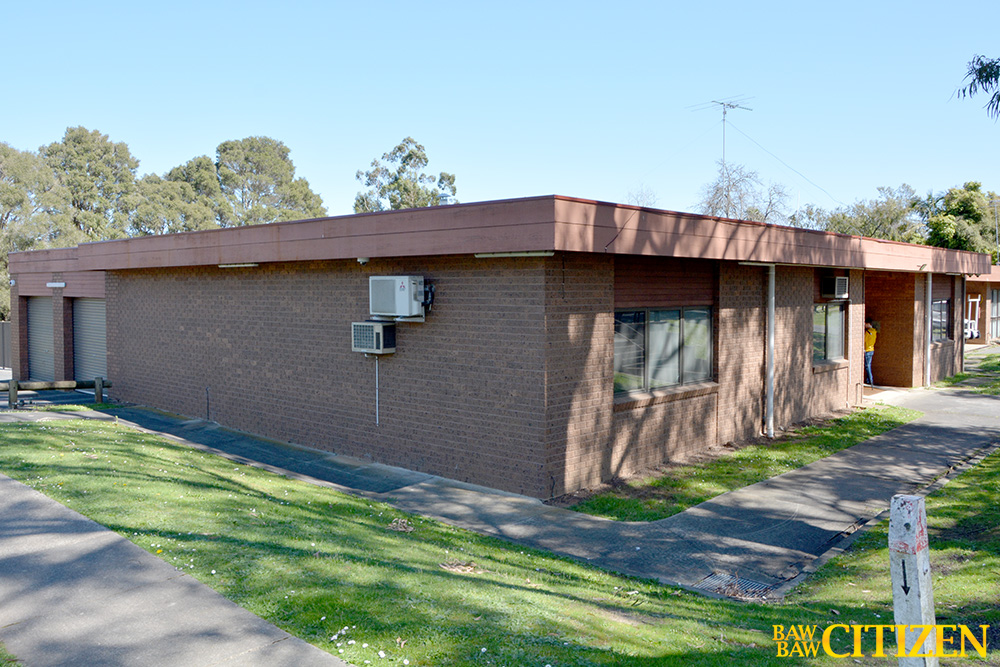 The building in question.

Mr Blackwood did however suggest there is demand for an upgrade among local force members.

“I meet regularly with the inspector here in this region and the former inspector outlined to me that Drouin was in need of upgrade,” Mr Blackwood said.

“This station was built in 1970, it was built to accommodate six serving officers when Drouin had a population of around 3,000. Now in 2018 we have a population of 18,000 and growing very quickly, and still a station which can only really house, safely and securely, six members of our police force.

“We need to do something about that.”

Asked if there really was a need for an upgraded Drouin station given the size of the Warragul base, Mr Blackwood suggested “there certainly is.”

“Warragul is also growing in number, its population is now about 20,000; it needs more resources as well,” Mr Blackwood said.

“It’s about 10 minutes in travel time from Drouin, but just the sheer weight of numbers here in Drouin in terms of population indicate that we need a 24/7 police station here, and we need a new station that reflects the demands of modern day policing.”

Local builder Wayne Farnham was invited to the Liberals’ media event to discuss crime on building sites in Baw Baw.

“You can nearly guarantee every weekend on a building site something will go missing, and at the end of the day it doesn’t just affect the builders, but it affects people too.

“People just moving into their homes may have all their white goods stolen, all their floor coverings stolen, they’re excited about moving in and then bang, all their stuff’s gone.

“The theft off building sites is becoming epidemic in this area.”

“There’s a building boom in the area, these thefts are going to be more and more common and a potential soft target,” a police spokesperson said at the time.

“Boom areas across the board get spikes in offences.

“We’ve been having discussions with builders about target hardening – engraving, tracking, and so on.”

The Baw Baw Citizen asked Mr Farnham if increased crime rates on building sites were just something that comes with building booms.

“Maybe, but it shouldn’t have to be,” Mr Farnham said.

“At the end of the day, if we can reduce the theft from building sites, it’s going to cost the consumer less to build.

“We have to do increased security, cameras on building sites, and for what? At the end of the day it’s going to cost you guys more to build homes if we can’t get it under control.”