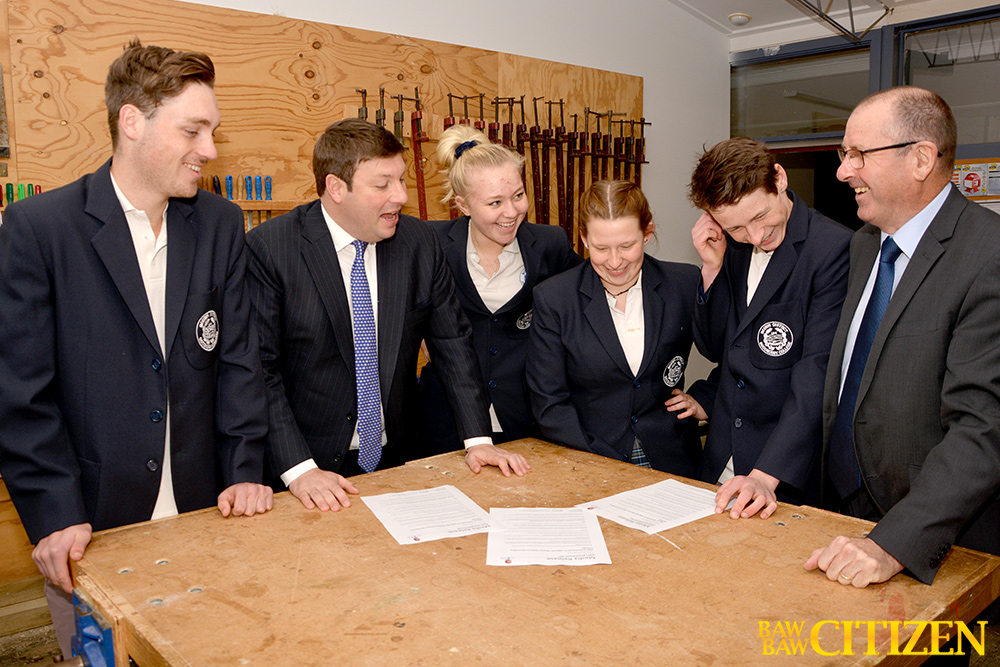 The Victorian Liberal National coalition has promised $3 million for upgrades to Neerim District Secondary College should it win the next election, but there are no specifics on how the money will be spent.

“This school was built in the 1960s, it’s 50 years old,” Mr Smith told media at the announcement.

“None of these schools were meant to last this long anyway, they should have been replaced a decade or so ago. They’re falling to bits.

“Classrooms don’t teach students, teachers do, but it does make a difference in terms of school spirit and the way people feel about their school.”

Other than making general statements that the funding would be used to modernise the school, no details of specific projects were released.

Mr Blackwood clarified to the Baw Baw Citizen that the lack of detail for the multi-million dollar commitment was intentional.

“We’ll work with the school community on their priorities,” Mr Blackwood said.

“There’s no point governments coming and telling schools what they’re going to get – we believe in schools having involvement in working on the priorities which will best serve the students.”

Acting principal John Wilson said the timing of the commitment was good for the school.

“We’re actually going into a review next year, so we’ll be starting a process of writing a four-year strategic plan and so it comes at an ideal time,” he told the Baw Baw Citizen.

“We’ll be working through a process of determining what our priorities are anyway.”

With years of planning and building yet to come should the government change at the next election, the student leaders on hand to greet the minister and Mr Blackwood were well aware they would not see the new buildings as students. They were, however, excited for the school’s future.

“We saw improvements through our schooling years, and I think that was really advantageous to us, and I think it just happens to be when it has occurred that the Year 7s are going to get lots out of this improvement and it’ll be really good for them,” school captain Adam White said.

“So many people in this area come to this school,” fellow school captain Grace MacDonald added.

“There’s people from Noojee, they rely on this school because they can’t really get to Warragul.

“I can’t help but walk past [and notice] the little ‘asbestos’ signs.”

Mr Smith criticised the Labor government for not yet committing funds to the school.

“I’m sorry for the kids in Year 12 [missing out], but that’s life, and quite frankly the Andrews Labor Government should’ve funded this school four years ago when they were elected,” the minister said.

“The Labor party have ignored this school.”

He added: “I’ll just make this point: Labor have been in government in this state for 15 of the last 19 years, so if there’s any structural impediment to education in this state, it is the cause and the fault of the Australian Labor Party.”