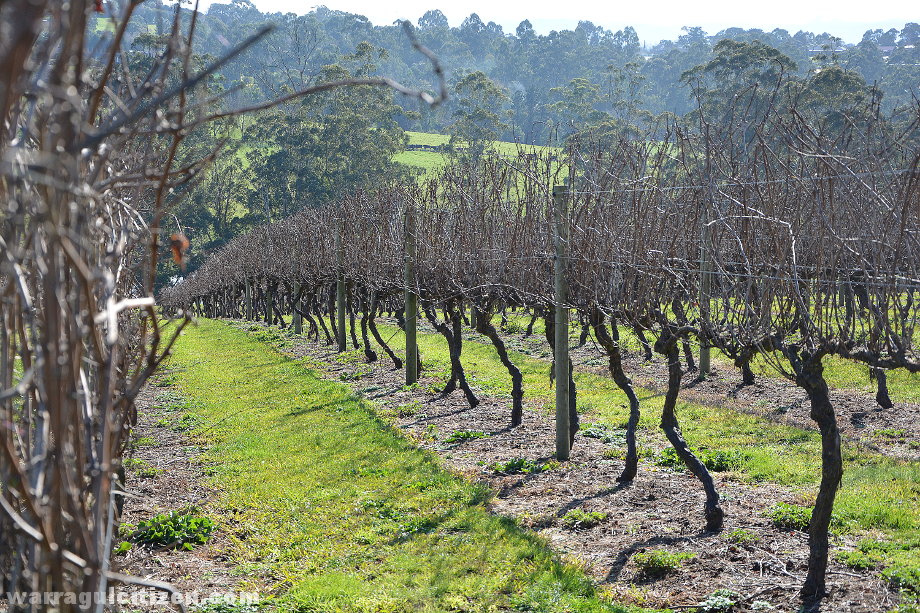 GIPPSLAND // THIS year’s cold, wet winter may have been tough for the people of Baw Baw, but it bodes well for the upcoming wine grape harvest.

Baw Baw is a region which grows cool climate wines. The reason is pretty obvious – cooler temperatures and wetter winters mean grape vines grow and ripen in a different way to warm and hot climate wines grown closer to the Murray.

West Gippsland’s famously wet weather also comes in handy for wine growers in another way – some wineries are able to choose not to irrigate.

“We would produce about a fifth of the volume of tonnes per acre compared to irrigation vines. Vines are controlled by nature and it’s dependent on winter rains and the roots going down deep and taking up the water that’s acquired there over the winter period.

“If you irrigate in a cool climate you destroy the whole tradition of what wine’s all about, it’s a natural, seasonal thing. What the big wineries do is they manufacture their wines to a formula, whereas here what’s grown in a particular year is what comes out.

“You get increased flavours because the plant’s had to hold its own against the seasonal conditions.”

But Mr Surman said the effect of climate on the flavour of wines is a matter of debate, but climate change will have an impact on the local wine industry.

“There’s always lots of debates about what’s best,” he said.

“It all relates to having the right varieties in. An important point with cool climates and global warming is even one degree difference is going to bring a lot of marginal cool climate vineyards into other varieties.

“It will only improve our vineyards, it won’t make them any worse, but if you think of the really hot climates now it could tip them over the edge if they get too many hot days in a row or run out of water.

“In the future there will be a lot more vineyards in cool climate areas.”

Halliday went so far as to say the winery was “one of the more consistent producers of good-quality wines” in Australia Particularly highly rated were the winery’s 2013 Gipp-sland Shiraz (95),

A positive review in the popular guide means a lot to wine producers and tourism.

“Because the guide is national and there are so many wines featured in it every year, people buy it, and they will base their visits on the wineries that are well rated,” Mr Surman said.

“If you’re a wine buff and going to, say, the Barossa Valley, you’d be looking up all the wineries that have the good scores.”

The high rating is not just because of the region though – in the 11 years the Surmans have owned Wild Dog they have employed a full time, qualified viticulturist, re-trellised the whole vineyard, planted and grafted new varieties and engage a full time winemaker.

“If you’re serious in the winemaking business, you must have qualified people in both ends of the sector,” Mr Surman said.

Other wineries were approached for comment for this story.