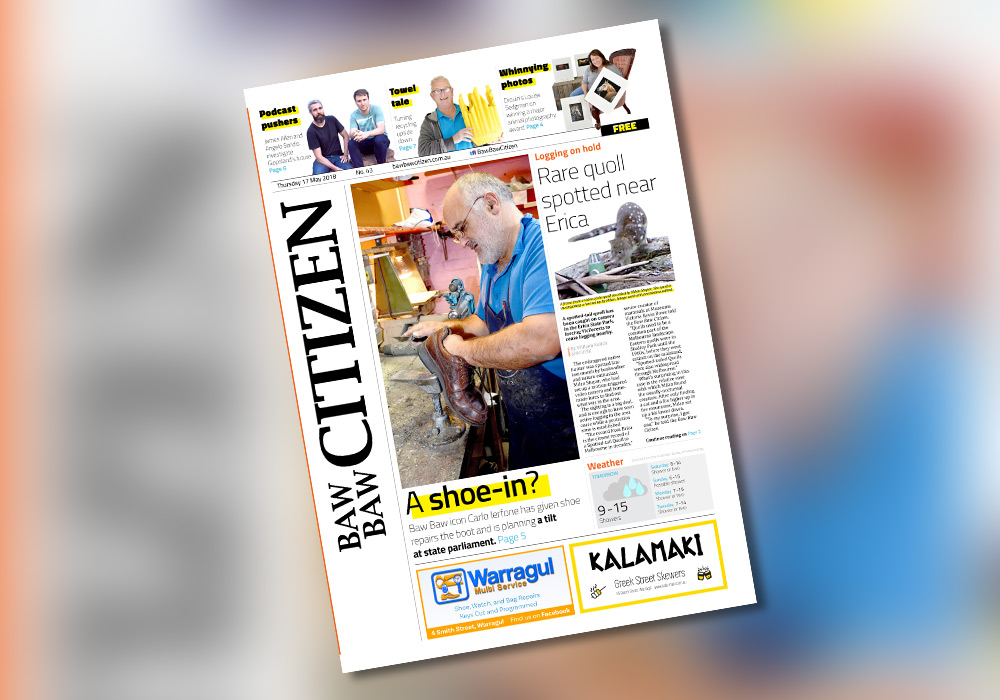 Baw Baw jaw-jaw is our wrap of tips, tidbits, and shout-outs. This set of stories first appeared in our 17 May 2018 print edition.

Every step you take…
Queen Street’s watching you

In 1983 rock band The Police promised that “every step you take,

Cameras have been installed between Smith and Mason Streets at a cost of $92,000. Misbehavers be warned: you will be Stung.

Ouch!
Hard one to swallow

Local band The Spitting Swallows has performed with a temp drummer after Daniel “Stiv” Stivens injured one of his hands.

We’ll spare you the details, but a post on the group’s Facebook page says “Stiv is still a bit sore after impaling his hand.” Wince.

Darnum 7-year-old Finnigan Young was one of just 36 kids chosen to compete in a national LEGO chall-enge judged by a “master model builder” in Melbourne last month!

Coaching
Get warnings of (some) PT delays

Want advance notice of planned alterations to rail and bus services? PTV has a special weekly email bulletin which will let you know when to expect delays.

Have a heart – Baw Baw jaw-jaw

Get the picture? – Baw Baw jaw-jaw