While Canon only discontinued its last line of film cameras in May, digital photography made film a thing of the past long ago.

But while how to operate a film camera is starting fade from memory, even this millennial editor could tell something wasn’t quite right with this poster, seen in the window of a national eyecare chain’s Warragul store recently: 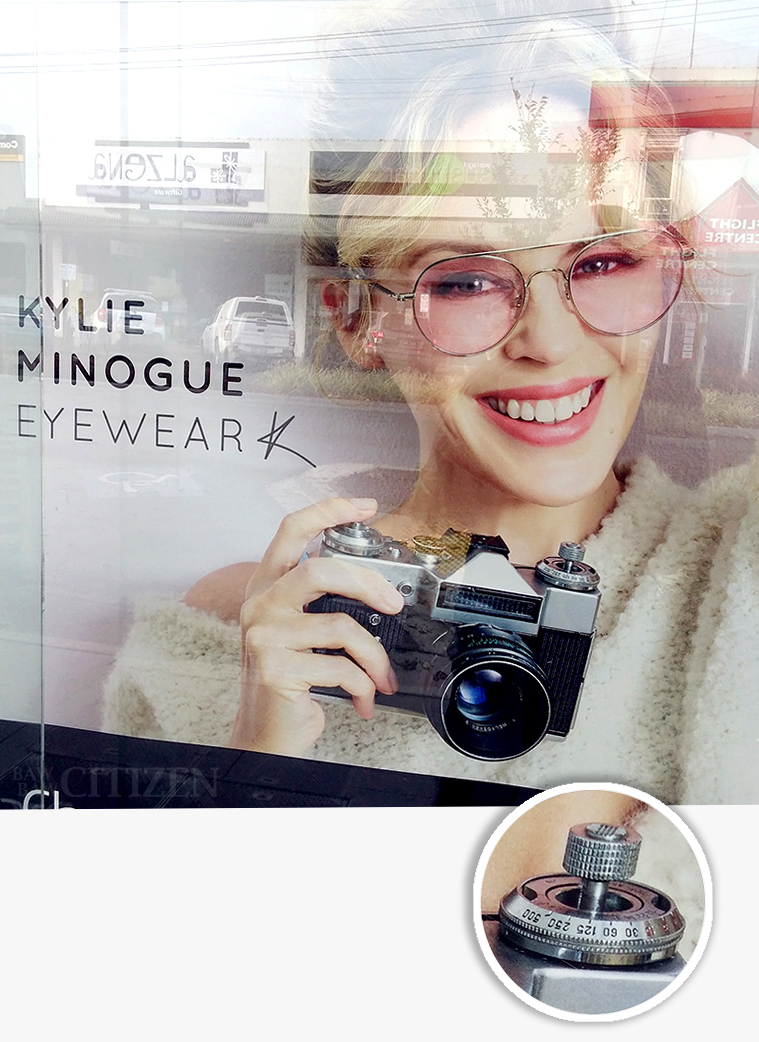 That thing sticking up on Kylie’s left is the film rewind knob. You can’t take a photo while it’s up. Maybe it’s time for a new prescription .

Have a heart – Baw Baw jaw-jaw

Get the picture? – Baw Baw jaw-jaw