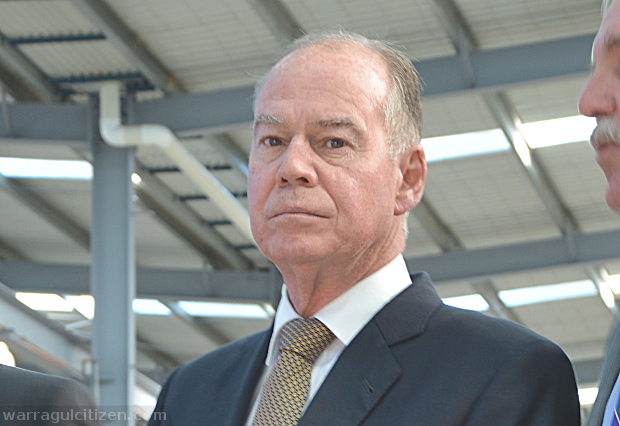 McMILLAN’s Liberal MP Russell Broadbent has said claims made by Fairfax and the ABC that he arranged meetings between Mafia figures and federal ministers are incorrect.

Above: Russell Broadbent says he is not a Mafia match maker. Photo: author.

First published in the 10 July 2015 edition of the Warragul & Baw Baw Citizen. Get your copy free from retailers across Baw Baw today.

Fairfax reported a decision to overturn orders to deport Mafia figure Frank Madafferi was made after the alleged introduction and a donation to Liberal party funding body the Millennium Forum.

You can find more of the Fairfax/ABC investigation at theage.com.au and abc.net.au.

Mr Broadbent did not respond to questions on the allegations from the Warragul & Baw Baw Citizen or any other newspaper, including Fairfax titles. WBBC had asked Mr Broadbent if the reports were correct and if he had been aware of the situation.

His office instead responded with a transcript of an interview with Mr Broadbent conducted by ABC Gippsland earlier this week.

In that interview Mr Broadbent said the allegations were incorrect.

“The program’s wrong!” he said.

“The Federal Police said ‘well clearly Mr Broadbent you have no case to answer to.’ And there’s not another thing heard about it.”

Mr Broadbent was asked why he had lobbied then-immigration minister Amanda Vanstone to overturn the deportation decision made by former minister Philip Ruddock.

“I’m glad you asked that, because the question is that I intervened, lobbied, or made representations,” he said.

“We are a process office in my office – we have a way of doing things. So the truth of the matter is this: I was approached by representatives of Francis Madafferi. We made enquiries. We always establish what the status of the person is in immigration matters. We established from the department that this man was in detention to be deported.

“So next thing you do is you go to the DLO – Departmental Liaison Officer. And you say ‘we have been told by the department that this man is in detention and is to be deported.’ So then you check with anybody else for the politics around the matter. And that’s exactly what we did, and I went back to the person that made the enquires. We went back to them and we said, ‘your mate’s going to be deported. The person you’ve asked about is in detention and is going to be deported.’

“I’ll say it for the third time. This is exactly what I said to him, ‘You are going, he is going, to be deported – that’s it.’

He was later asked if he had met Frank or Tony Madafferi:

“But outside of that, I would say to yourself and the rest of the community, we have the rule of law in this country. It attends to everybody.

“Everybody comes under the rule of law of this country. And If you have transgressed the law, you should be charged and face the full consequences of the law. Simple as that.”

Asked if he thought parties accepting donations through fundraising bodies was dangerous, Mr Broadbent deflected the question, saying it was an issue for the party and he had no involvement in fundraising.

“Candidates and members do not handle money. They don’t handle money. The parties do. And that particular fundraiser that you (ABC Gippsland journalist Jonathon Kendall) referred to which I attended, that money was split between New South Wales and Victoria and South Australia.

Using a similar line to one frequently used by former prime minister John Howard, Mr Broadbent said the appropriateness of the political donations system was “for people to judge,” not him. 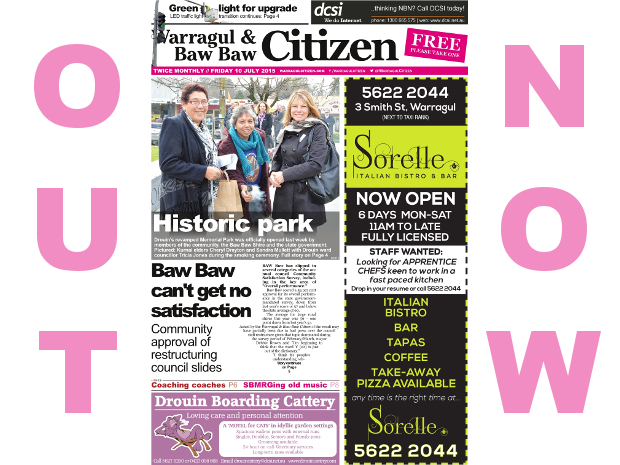