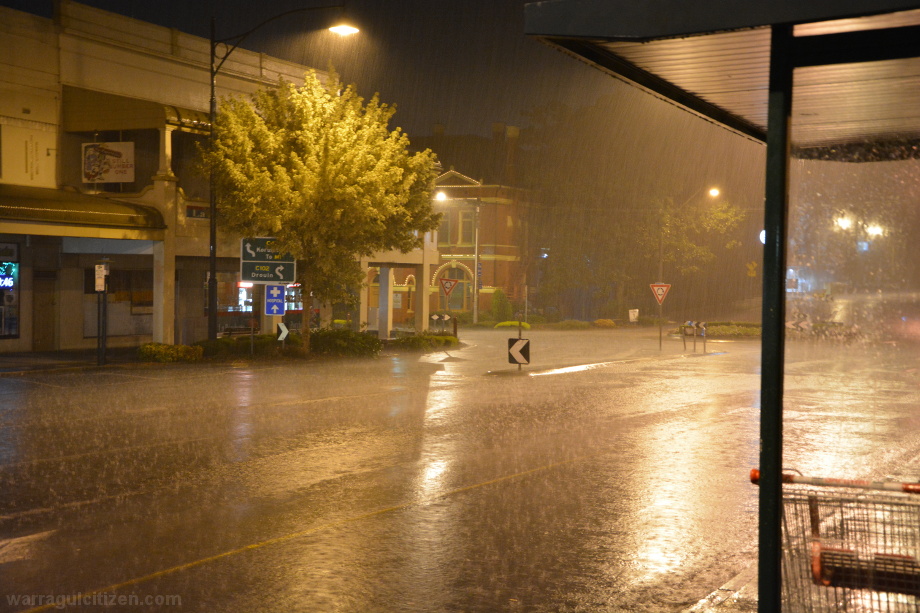 SIGNIFICANT rainfall has been observed in Baw Baw after the Bureau of Meteorology issued a severe thunderstorm warning this evening.

The warning is as below. For up-to-date information visit the BOM website. More photos at the bottom of this article. The above is of the Smith/Queen roundabout in Warragul.

UPDATE: Warning no longer in place.

For people in the North East, West and South Gippsland and parts of the Central, Northern Country and North Central Forecast Districts.

Severe thunderstorms are likely to produce heavy rainfall that may lead to flash flooding in the warning area over the next several hours. Locations which may be affected include Wodonga, Wangaratta, Morwell, Traralgon and Moe.

The State Emergency Service advises that people should:
* keep away from creeks and drains.
* do not drive vehicles through flooded areas.
* stay indoors if possible.
* Avoid using the phone during the storm.
* if you are outside, avoid sheltering under trees
* listen to the radio for storm updates
* switch off your computer and electrical appliances

The next warning is due to be issued by 12:35 am Wednesday.

If severe thunderstorms develop in the Melbourne Area, a more detailed Severe Thunderstorm Warning will be issued to people in this area.

Warnings are also available through TV and Radio broadcasts, the Bureau’s website at www.bom.gov.au or call 1300 659 217. The Bureau and State Emergency Service would appreciate warnings being broadcast regularly. 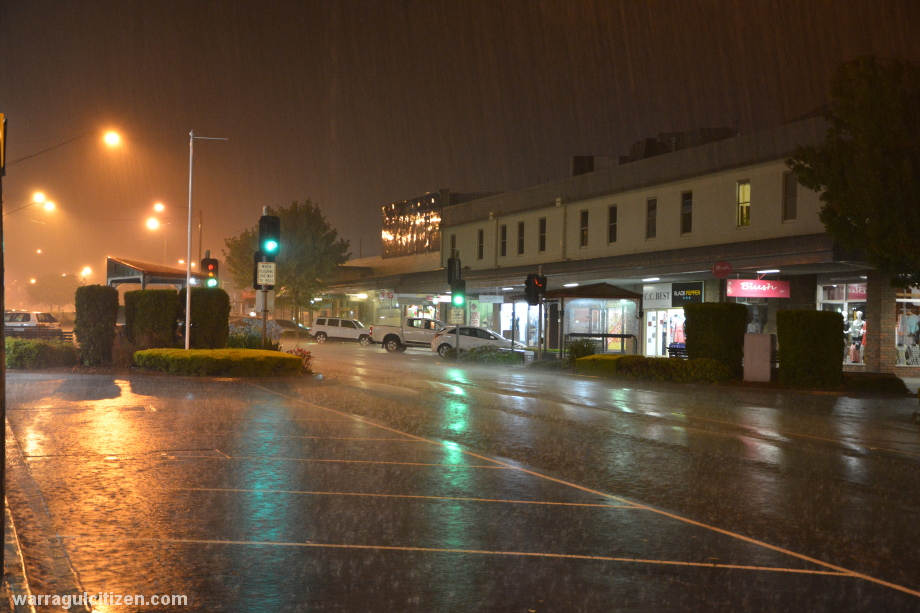 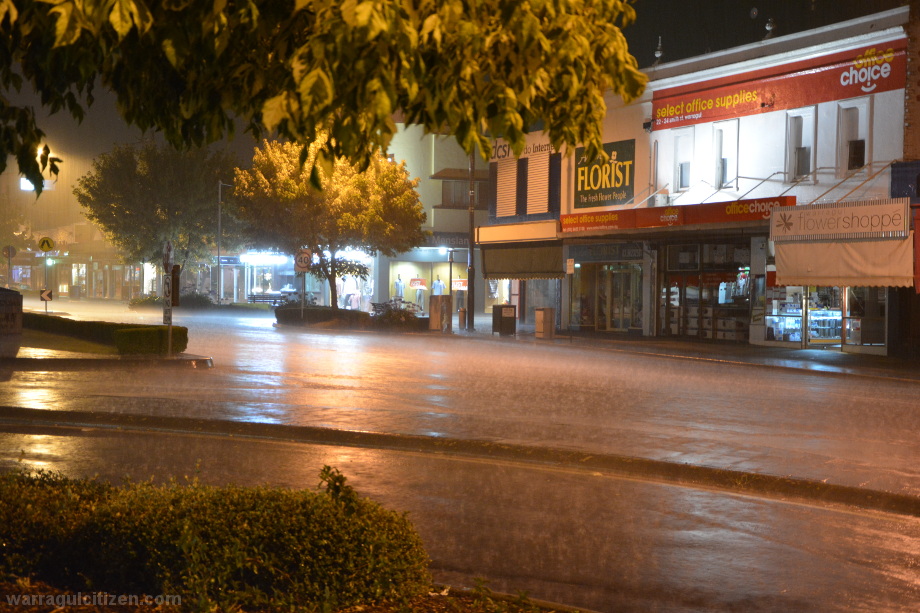 Above: Smith and Victoria streets.