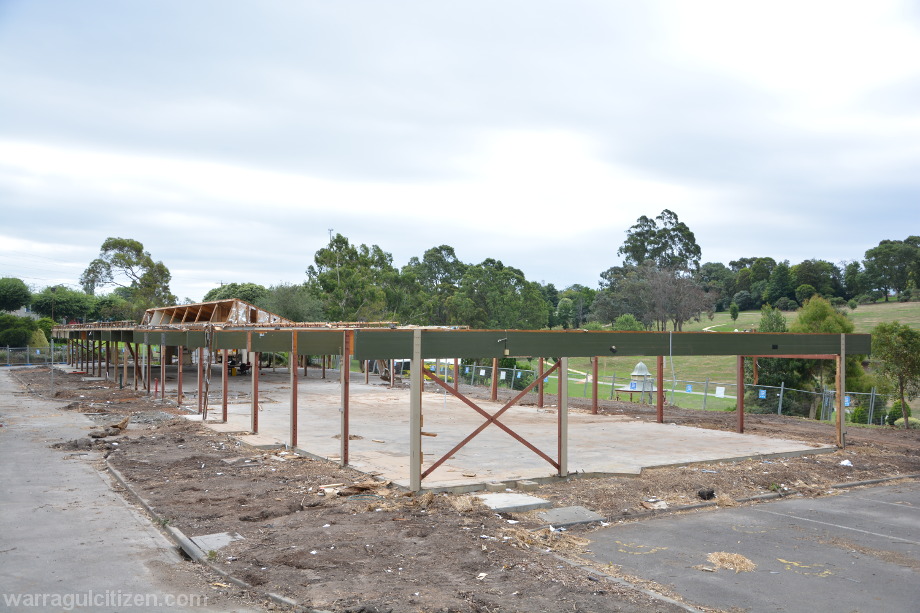 WORKERS have stripped the Baw Baw Shire’s office in Drouin of all internal and external walls and its roof as part of “renovations” ahead of several council departments moving in later this year.

Pictured: the office this afternoon. Photos by author.

The new office will be open plan, though not quite as open as the building is at present.

When renovations are complete Baw Baw will close its office on Smith Street, Warragul, and move the Community Assets, Community Services and Growth and Economic Development directorates to Drouin.

The plan was announced in March last year and the tender awarded to Kubale Constructions at a confidential council meeting on 17 December.

Up to 140 staff will work from the renovated office.

The building home to the Buln Buln Shire Council until amalgamation in the early 1990s. 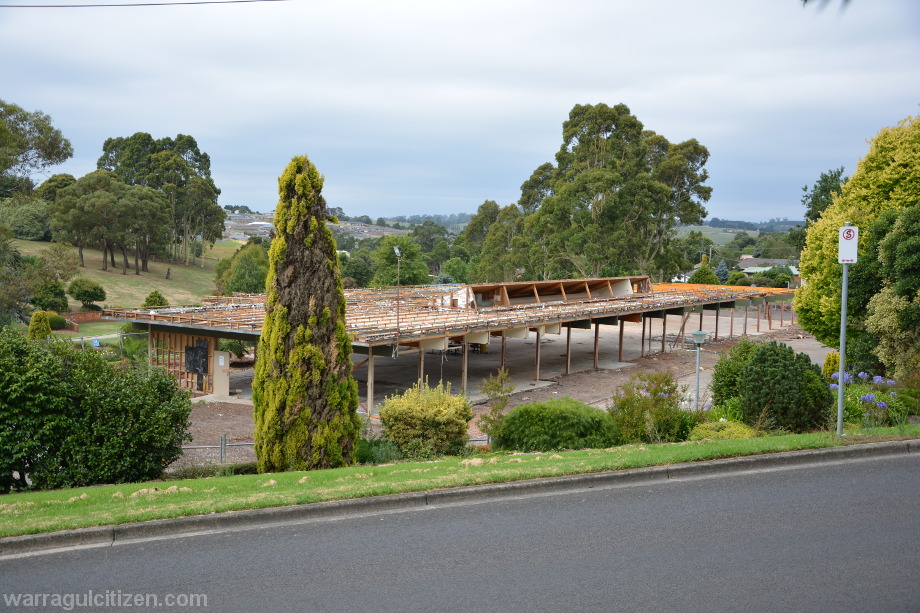 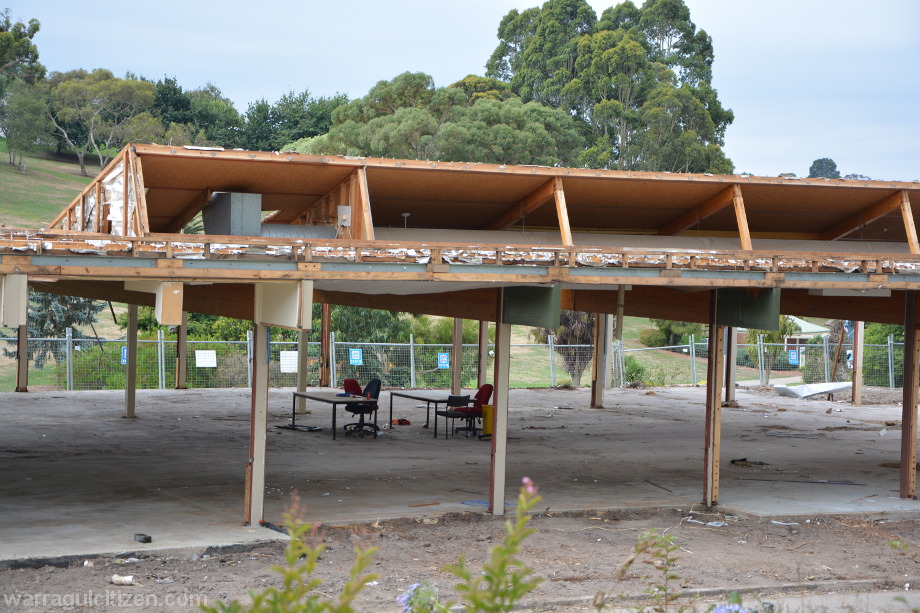 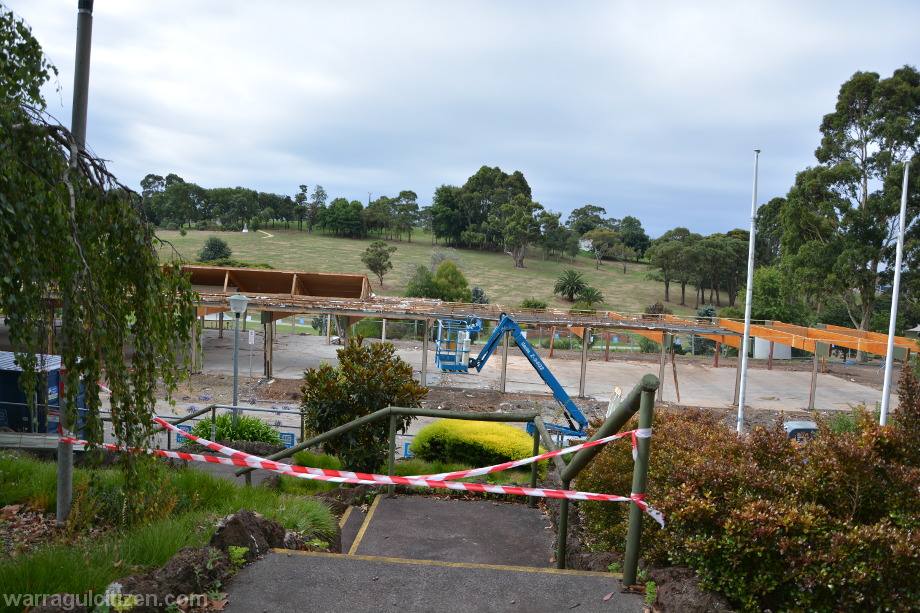 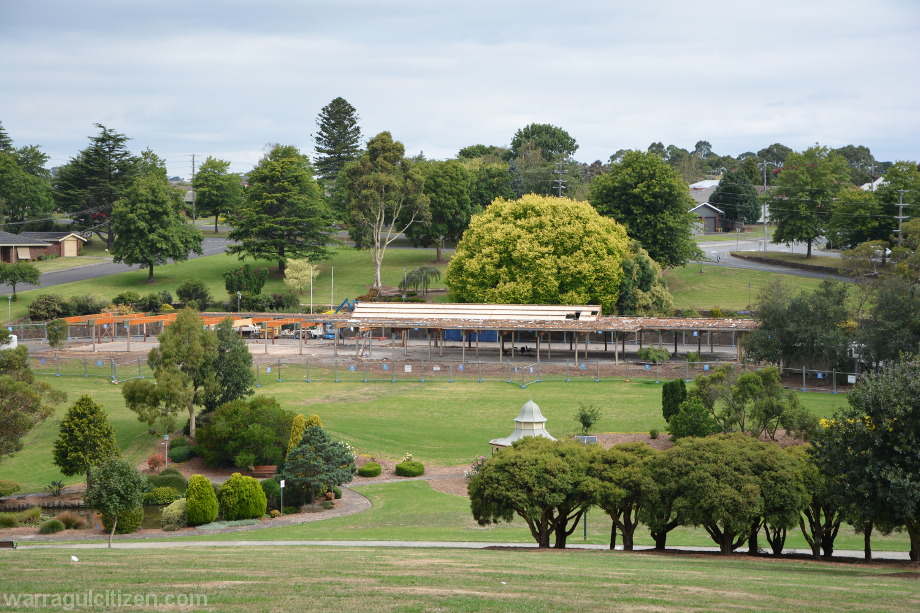 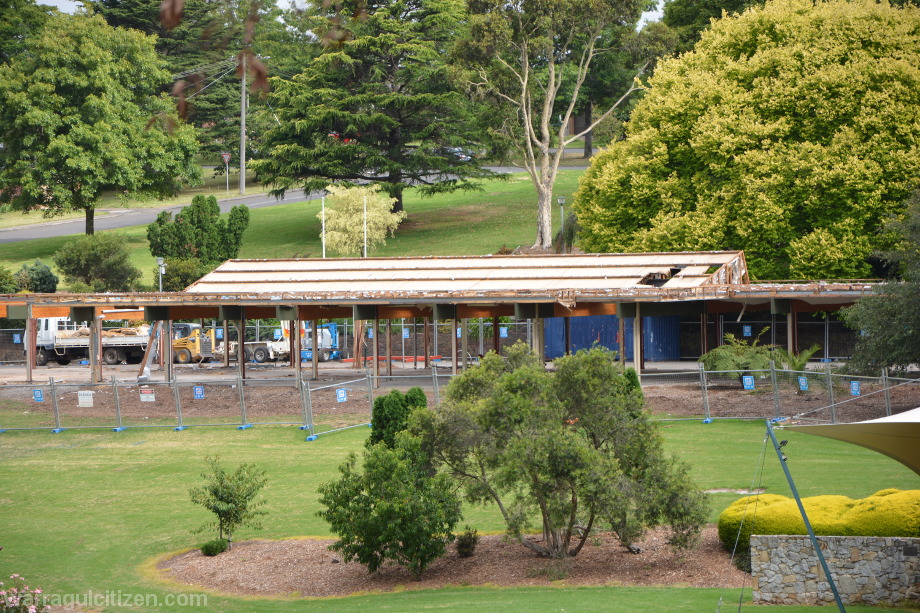