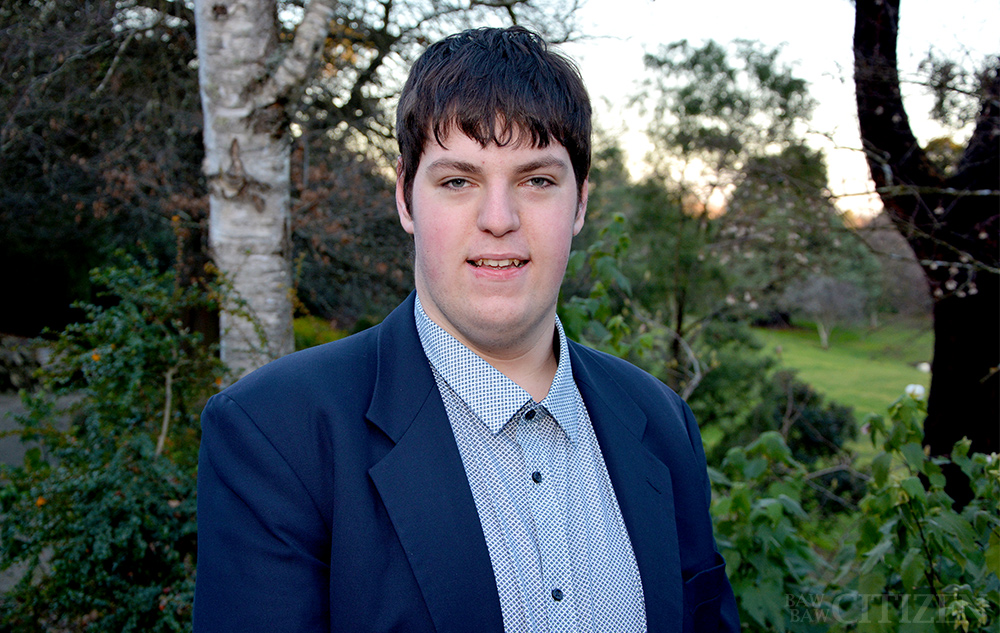 FEDERAL POLITICS • This time last year, William Hornstra was in Year 12 at Trafalgar High School. Now he has been chosen as the Australian Greens’ candidate for the federal seat of Monash.

First published in the 2 August 2018 edition of the Baw Baw Citizen. Get your copy FREE from retailers across Baw Baw!

In the battle for the seat formerly known as McMillan, Mr Hornstra is up against long-time incumbent Liberal MP Russell Broadbent and newly selected Labor candidate Jessica O’Donnell.

We asked Mr Hornstra what prompted him to run for the seat.

William Hornstra: “Federally, I find this government is going backwards. There’re too many cuts, not enough public services, and we are completely going in the wrong direction [by] abandoning our Paris Agreement (a multilateral agreement to fight climate change) targets.

“But what made me stand up for politics was… I lived in Morwell during the mine fire, and I was just frustrated by the lack of a transition, the lack of dignity afforded to Morwell by the current government, and I felt inspired to stand because I wanted to make a difference and change the region for the better, rather than the ad-hoc responses we have to our challenges now.”

Baw Baw Citizen: You touched on the mine there. This region has traditionally had some strong opposition to the Greens because they think Green policy could lead to job losses. Have you found that much of an issue so far?

WH: “I do find that people are concerned about that, and rightly so. I have to educate people about that because the Greens aren’t anti-industry, and the Greens aren’t anti-jobs. We don’t want everyone sitting by a camp fire going ‘kumbaya’ all the time. We know how to run an economy. The mines are going to shut anyway. What the Greens want to do and what I aim to advocate for is a proper transition. You’ve got, say, five years’ notice, you know when your job’s going to be up, hopefully before then we can retrain you. I’m for a just transition.”

BBC: Your candidacy was announced two weeks ago, what has the response been so far?

WH: “A lot of it has been positive. There have been a fair number of concerns about ‘oh, I’m too young, I don’t have enough life experience,’ that kind of thing. To that I would say, well, currently we have a lot of older men, older women, there aren’t a lot of young people and we do need representation and I hope to be it. I’m not just going to be representing my own views, the point of a politician is to represent their community, and that’s what I hope to do even if I’m not elected.”

BBC: What do you consider to be your strengths heading into this election?

WH: “Because I’m young I have new ideas and new perspectives, and I suppose optimism as well. I’m not as cynical as some other candidates might be.”

BBC: Do you see the expected redistribution as being a benefit for the Greens in this seat?

WH: “I think it could go either way. A lot of it is agricultural areas, and the Greens have a lot in common with farmers – we both care for the land, we both think you need to include the environment, that kind of thing. There’s also a coastal area, which will be interesting. I’ve done analysis and I think it will be beneficial, but I suppose we will find out on election day won’t we.”

BBC: Within the Greens at the moment there are some differences between the new leadership in Richard Di Natale and some older parts of the party. One issue is around the growing and use of genetically modified crops. Where do you stand on that?

WH: “I’m not quite sure what the policy is. I know the Greens are traditionally opposed to genetically modified organisms. I can see a benefit [in GMOs] for some things, but at the same time, until the technology is tested, until it’s trialled… like, medicine has to be tested and trialled for years until it’s even approved, and I think we need to do the same with GMOs.”

BBC: What are the key issues you will be focusing on?

WH: “One of my passions is industrial relations. I find the workplace system is broken and the Greens have endorsed the Change the Rules campaign by Australian Unions.
Others are health, education, and welfare. Currently the system has suffered a lot of cutbacks, and there’s a lot of privatisation by stealth where there are a lot of contractors.

“Newstart also needs to be raised; the Greens have a policy of raising Newstart and Youth Allowance by $75 per fortnight. It’s not fair that people are languishing in poverty.

“Another key issue of mine is housing – young people obviously can’t afford a lot of housing, even in Warragul it’s getting more expensive. We need more diverse housing as well, we can’t all have what’s happening in Waterford Rise – we need more dense houses, which are more sustainable as well.

“[There’s also] our electricity prices; we pay more than, say, Melbourne, and it’s ridiculous how we are being charged more because of where we live.”