WELLINGTON Shire councillors have approved the council’s 2014 Agriculture Position Paper, which aims to improve representation of farmers in local government.

This article was first published in the 11 July 2014 edition of the Warragul & Baw Baw Citizen.

Two thirds of Wellington is made up of farmland with the agricultural industry ranking as the second largest employer in the region.

The paper was developed with the aid of an independent consultant through discussions with producers and a comprehensive survey.

Key issues identified through the development of the paper included a general concern about the future viability of farming, with a lack of confidence in younger generations choosing agriculture as a career path.

Despite that, around half of respondents agreed there were still opportunities for increased agricultural production in the Wellington Shire area. 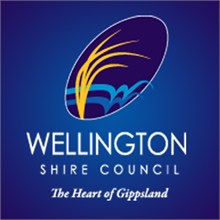 The paper will be used by the council when discussing agricultural issues with state and federal governments, industry and other organisations.

It has already been used in a submission to the Federal Government Agricultural Competitiveness Issues Paper. Wellington was one of a small number of local governments in the country to make such a submission.

The way the council engages with farmers will however change. Wellington has removed its Farmers’ Group meetings, replacing them with annual industry-wide meetings covering the whole shire.

But the council argues the paper will help represent farmers. In a media release a spokesperson said it had provided “a snapshot in time of the short, medium and long-term issues that farmers believe are impacting agriculture” so the council can better focus resources.