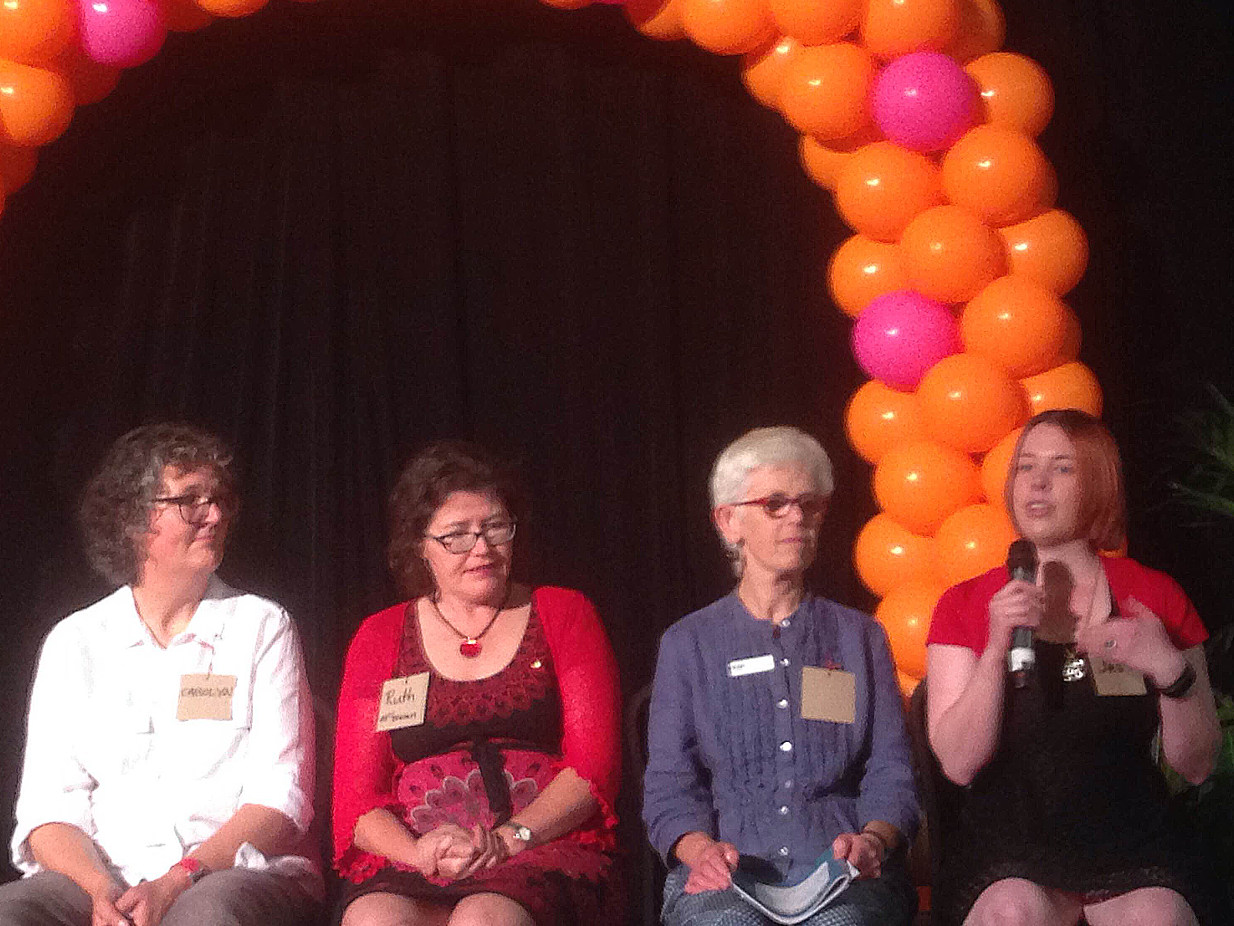 GIPPSLAND // REASONS for the councillor gender gap were discussed in detail at Wednesday’s Connecting Women Across Gippsland conference at Lardner Park.

Above: the panel. Photo: Jack Lacy.

The day-long event, organised by Women in Gippsland, featured inspirational women with stories to tell.

Initially, each panellist discussed why women should run for council.

“Having diversity on council is sorely needed,” Ms McGowan said.

“Council typically consists of white, straight men over the age of 60, who have retired, which represents probably only 20 per cent of the population.

“What council needs is the involvement of young people and people from different cultural backgrounds.”

Panellists agreed that one key cause of women not standing for local government was the imposter syndrome, which describes women feeling they do not have the skills to run for office.

“Women feel they have to be perfect in order to run for certain positions,” Ms McGowan said.

“Gender inequality, bias, exists because women feel they have to adopt the role of being subservient, which isn’t the case at all.”

Jess Kearns is the youngest youth mayor in Wellington Shire history and plans to stand at the next council election. She said she believed the imposter syndrome concept was accurate but would seek to break it down through putting her name in the ring at the next election.

“The imposter syndrome does exist on some level, as well as certain stereotypes associated with gender; ‘if women are involved in local council, can they provide an active voice? Can they take the criticism?'” Ms Kearns said.

“We all have a voice, we all need to be heard.”

Ms Kearns said that as a young person on the Wellington council she would be able to represent those in the community who may not have a voice.

“I feel I can represent young women,” she said.

“It’s important for me to stand up within the local community and represent women like myself.”

Each of the panellists also reflected on who inspired them.

“Sian Gard, the host of this discussion, encouraged me to run for council,” Carolyn Crossley said.

“Sian asked me, ‘how do you want your children to perceive you? A woman who is part of a mother’s club or a woman who is empowering, actively making a difference within the community?’”

“Mikaela once told me everything I needed to learn, I learned at kindergarten. She meant the kindergarten committee, but still, what she says inspires me and other women to have self confidence and proves they can do anything they set their mind to.”

The conference line-up also featured Di Padgett, who discussed the importance of giving, and a large number of other inspirational local women.

Women in Gippsland’s Sallie Jones and Kelly Koochew said they were very pleased with the success of the event and the interactions between women from across Gippsland were highlights.

4 responses to “'Imposter syndrome' keeps women away from councils: panel”