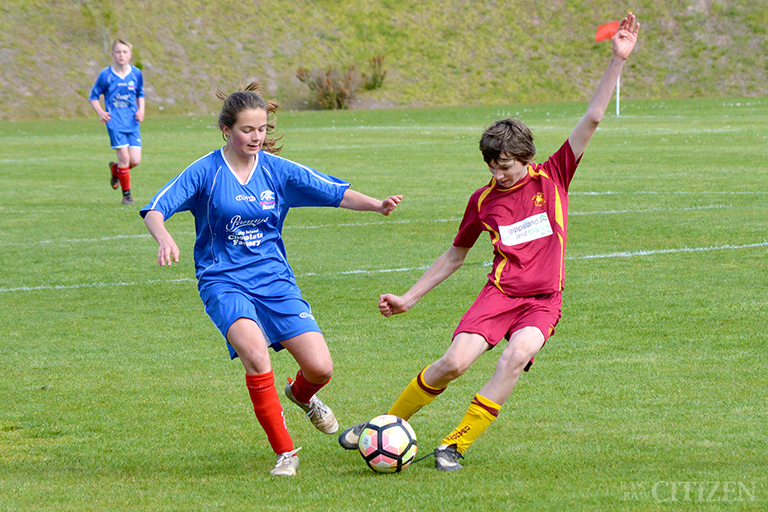 Gippsland Soccer League ~ Drouin Under 14s Mixed faced a strong Phillip Island side in their grand final game on Sunday, scoring one point to the Breakers’ five.

First published in the 27 September 2018 edition of the Baw Baw Citizen. Get your copy free today!

The result was frustrating for the team, which had sat comfortably at the top of the ladder.

“They brought a good game today.”

It was a fast-paced game, too.

“They used the ball a lot better than us,” Jamie said.

“It’s always hard being an undefeated team during the season mate, there’s always one loss in ya, and unfortunately that was today.

“They (Phillip Island) brought a good game, we knew they were going to be good competition.

“I said to my boys, while being disappointed, at the same time I’m pretty proud of their year.”

The team’s strong achievements throughout the season are even more impressive when considering how young the side is.

“We’ve got five bottom age players who will be in the 14s again next year.”