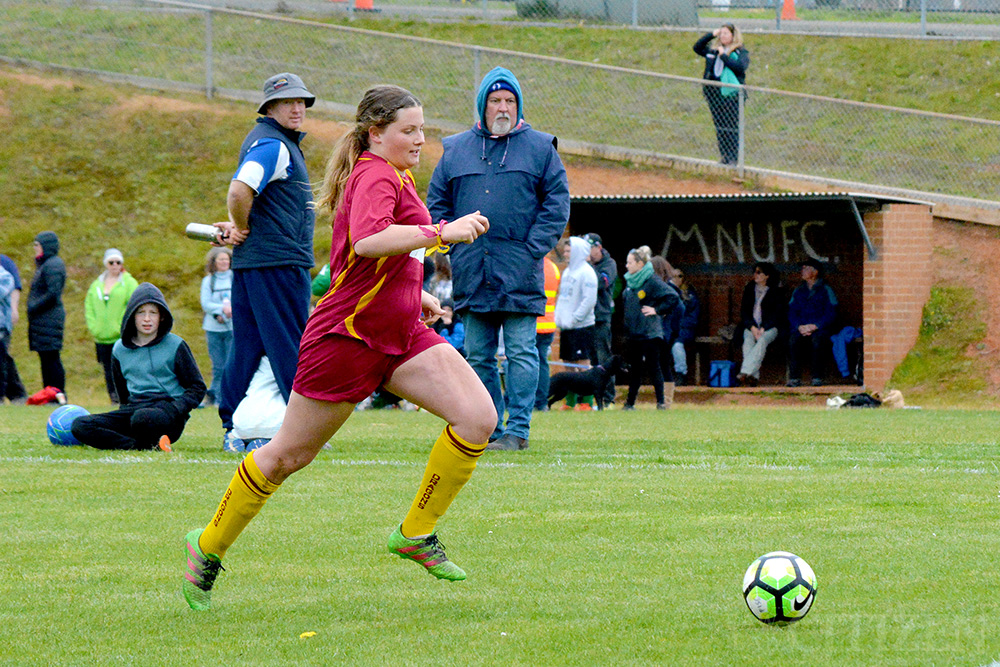 Gippsland Soccer League ~ A strong first half effort from Drouin’s Under 16 Girls side wasn’t enough to hold back Phillip Island at Sunday’s Grand Final.

First published in the 27 September 2018 edition of the Baw Baw Citizen.

At half time the sides were 2-2, but two goals in the second half saw the Breakers pull ahead for a 4-2 victory.

“We’ve been at it all season with them, and to keep it two-all for most of the game [was great].

“We were pretty impressed considering a lot of our girls were quite younger, so to go up and put a lot of effort in, to make it to the grand final this year, was really awesome.”

The scores were almost closer too, with a late-game goal from a Dragons player ruled offside.

“It was a close call, it could have gone either way,” Rebekah said.

“The officials did a really good job today.” 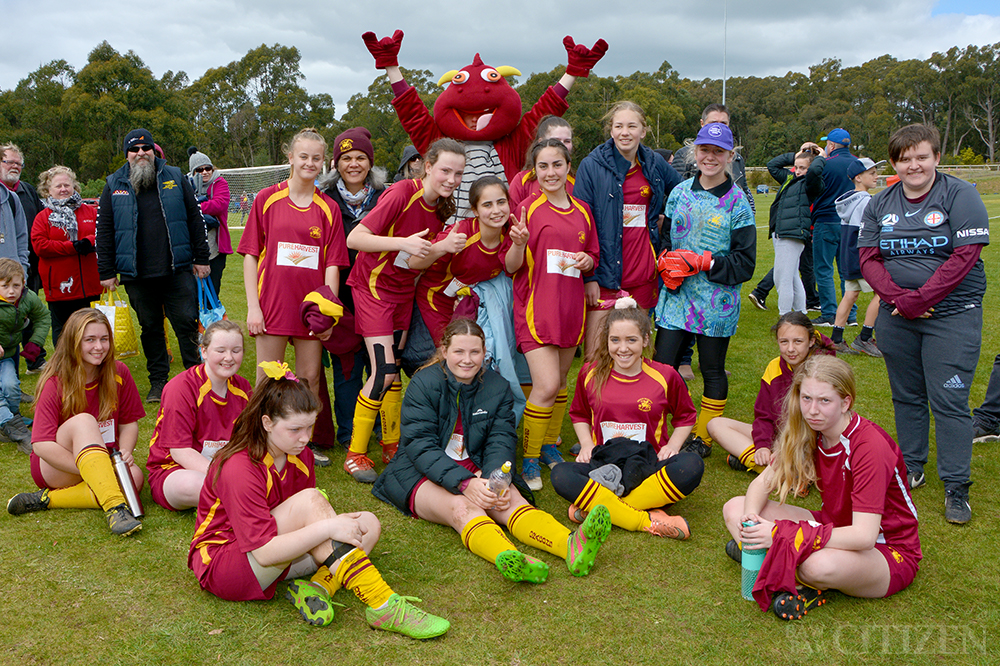 The would-be goal was made more impressive by the fact it was kicked by a player usually tasked to defence.

“Offside is one of the toughest rules in this game that we try to teach the girls. You’ve got to have a defender between you and the goalkeeper when the ball’s played to you,” Rebekah said.

“It’s just to keep all the games fair and stuff so no one’s just hanging around the goalkeeper.”
Rebekah is proud of the achievements of the club’s junior teams this year.

“All of Drouin’s junior teams that compete in finals made it to the finals this year,” she said.

“We were the only Drouin team to finish second, so we played the week after all the boys, so that was tough.

“We had a gutsy win last week, 2-1 in the final minute, and this week to keep it two-all we were pretty happy with ourselves.

“We’re looking forward to next season as well.

“I’m coming back as coach which is good, it’s good for the girls to have a female coach with them so they can learn more.

“We’re looking to hopefully involve the girls more in all the activities next season, and just push for them to play the best they can and hopefully move up in some of the levels.”