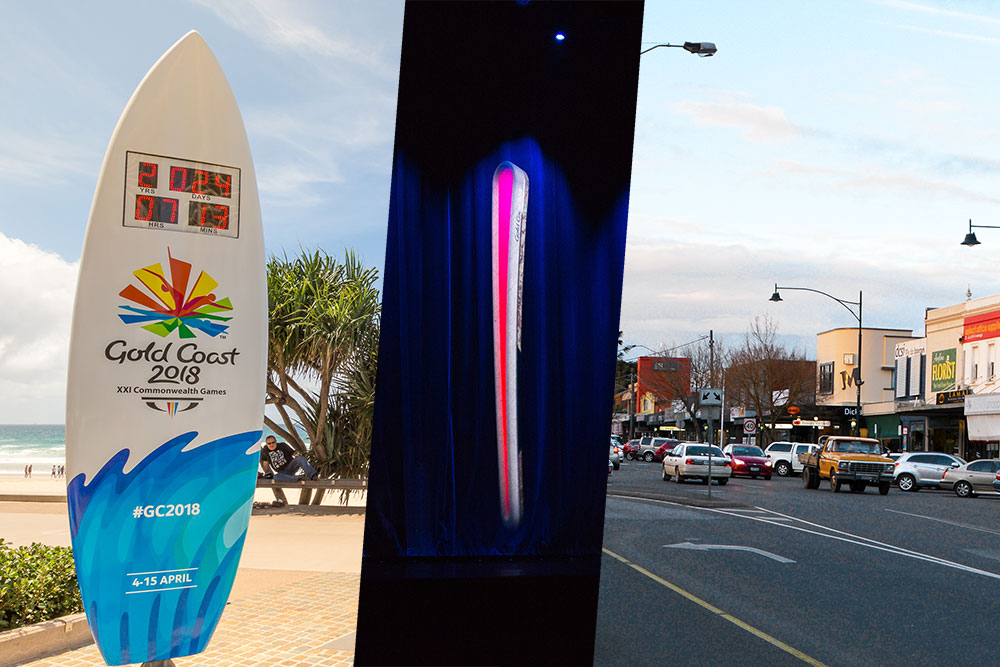 Celebrations will be held in Warragul on Sunday to welcome the Queen’s Baton Relay to town.

Civic Park will be packed with entertainment, including a free “healthy barbecue,” live music, sporting activities, face painting, an appearance by Peppa Pig and other kids TV personalities, and more.

The Queen’s Baton is the Commonwealth Games’ answer to the Olympic Torch.

Like the torch, the baton travels to countries participating in the event. But while several Olympic torches are required to keep that relay to a reasonable timeframe, there is only one baton. Organisers are keen to state the baton “has travelled further and to more nations than any Olympic Torch.”

It’s not a short journey – the baton left Buckingham Palace on Commonwealth Day, 13 March 2017, arriving in Australia on 24 December. The baton got to Melbourne on 10 February.

This year’s Commonwealth Games are being held on the Gold Coast between 4 and 15 April.

Several locals have been selected to carry the baton through the town. Here are the approximate times and locations you can see each of them:

A map can be downloaded from the Baw Baw Shire website here.

Unsurprisingly, a relay of this scale brings a convoy and traffic changes with it.

The Baw Baw Shire Council has warned of road closures during the relay, but there are plans to minimise the impacts on traffic.

Baw Baw Shire has advised the following streets will be impacted by temporary closures between 1pm and 2pm:

Car parking will also be affected, with all spaces along the route being closed from early Sunday morning, not reopening until after the event at around 2pm. Vehicle access to the Warragul Railway Station car park will not be possible from around 1pm to 1.45pm. There will be limited parking for people with disabilities at Civic Park, with access via Smith Street only.

As a result of these restrictions, the council is encouraging people to walk, cycle, or catch public transport to town on Sunday. It’s a good thing Warragul’s bus services were overhauled last year.

A version of this story first appeared in the 7 February 2018 Baw Baw In Brief, which you can watch in full here: