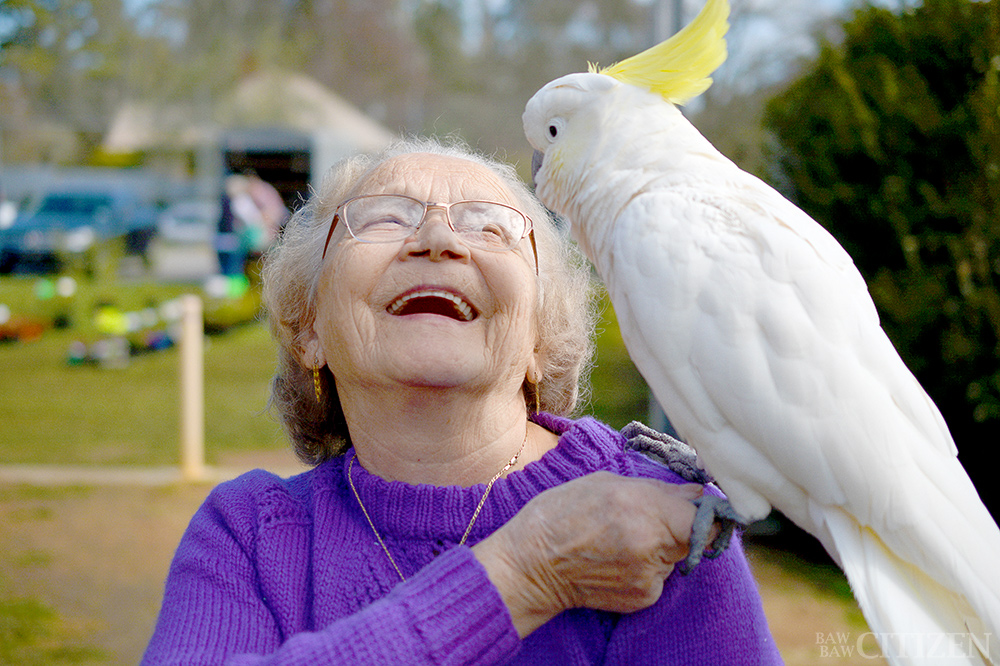 Say hello to Kamilia and Macka from Drouin – they both might say hello back!

We met the pair as they walked around Rokeby Market last weekend. Macka was perched on Kamilia’s shoulder, occasionally squawking while being toured past the food, plants, and homewares on offer.

Both were happy to stop and talk to anyone who wanted to find out more about them. One group of kids we saw talking to them were impressed to see Macka move to Kamilia’s hand and flip upside down.

The bond between the two of them was formed in the 1980s when Kamilia owned a pet shop in Sydney.

“He was the main attraction!” Kamilia told the Baw Baw Citizen.

“In those days there used to be people who went and raided the nests and brought the birds to us to sell.

“He was so little, around four to five weeks old, and I hand raised him.

“My husband died four years ago, so he’s my only companion now.

“I bring him out [with me]; nobody’s going to attack me with him on my shoulder!”