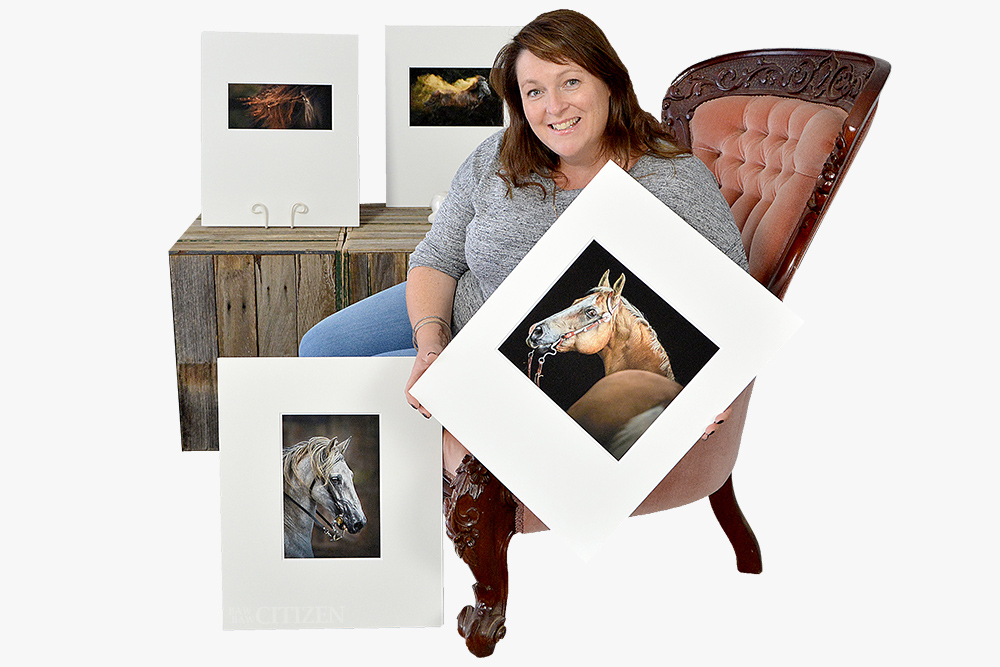 Don’t work with animals? Nobody told Drouin’s Louise Sedgman that, and just as well!

This feature was first published in the 17 May 2018 edition of the Baw Baw Citizen.

The title recognises the countless hours of work and stiff competition entrants face. Louise’s four entries netted her the coveted award, and she now has the chance to compete for the national title in August.

“I was a horse person long before I was a photographer, so I’ve had horses around me all my life,” she told the Baw Baw Citizen.

“If I didn’t have my knowledge and skills around horses then I wouldn’t be a horse photographer.”

That understanding of her subject has been critical to Louise’s success, as has her creativity and persistence.

“When you are trying to choose an image for the awards, you kind of look for something that has lots of impact, good composition, good colour range, tonal range, the judges look for good control of shadows and highlights so nothing that’s too bright or blocked up,” Louise said.

“There’s storytelling appeal and all of that stuff too. There’s quite a lot.

“Probably the hardest thing is to choose which images you’re actually going to put in. It’s very, very difficult.”

To photograph horses well you not only need to be good with your camera: you must really understand your subject.

“The hardest horses to work with are usually pony club ponies because they’ve been there and done that and not much phases them. I carry with me an array of toys that help me get [their attention].

“I have a whole heap of things from plastic bags, tape measures, a little tupperware container with rocks in it, I have a recording device with horse sounds in it, and I use my reflector. That’s again where your knowledge base [comes in] – you need to know when to back off with the stimulus because horses frighten very easily, some more so than others.”

After the effort of posing the horse and getting the shot comes the most time consuming part: editing.

“There’s a lot of drafts that go into creating an award print,” Louise said.

“I pick the image, edit it, send it off to get printed, it gets printed… and comes back to me. Then I will look at it for a week, turn it upside down, flip it around, and write notes all over it about what I’m going to change.

“The AIPP runs critique nights, so you can actually take your award images and have them judged unofficially, and they will give you comments and feedback as to what they think needs improving.

Louise has exhibited her work professionally for around 10 years now, having taken up photography as a hobby around a decade before that. A number of successful award entries over recent years are getting her noticed.

“I actually had a few photograp-hers who I really highly respect… approach me and say that in the three years I’ve been entering my style has improved and changed quite significantly in their eyes.”